Buddy allocation system is an algorithm in which a larger memory block is divided into small parts to satisfy the request. This algorithm is used to give best fit. The two smaller parts of block are of equal size and called as buddies. In the same manner one of the two buddies will further divide into smaller parts until the request is fulfilled. Benefit of this technique is that the two buddies can combine to form the block of larger size according to the memory request.

Example – If the request of 25Kb is made then block of size 32Kb is allocated. 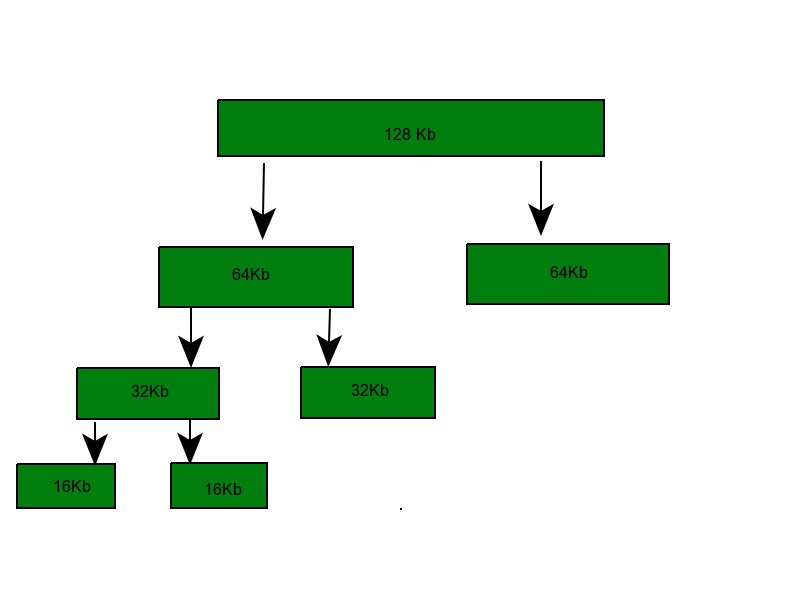 Why buddy system?
If the partition size and process size are different then poor match occurs and may use space inefficiently.
It is easy to implement and efficient then dynamic allocation.

Binary buddy system –
The buddy system maintains a list of the free blocks of each size (called a free list), so that it is easy to find a block of the desired size, if one is available. If no block of the requested size is available, Allocate searches for the first non-empty list for blocks of atleast the size requested. In either case, a block is removed from the free list.

Example – Assume the size of memory segment is initially 256kb and the kernel requests 25kb of memory. The segment is initially divided into two buddies. Let we call A1 and A2 each 128kb in size. One of these buddies is further divided into two 64kb buddies let say B1 and B2. But the next highest power of 25kb is 32kb so, either B1 or B2 is further divided into two 32kb buddies(C1 and C2) and finally one of these buddies is used to satisfy the 25kb request. A split block can only be merged with its unique buddy block, which then reforms the larger block they were split from.

Fibonacci buddy system –
This is the system in which blocks are divided into sizes which are Fibonacci numbers. It satisfies the following relation:

Drawback –
The main drawback in buddy system is internal fragmentation as larger block of memory is acquired then required. For example if a 36 kb request is made then it can only be satisfied by 64 kb segment and remaining memory is wasted. 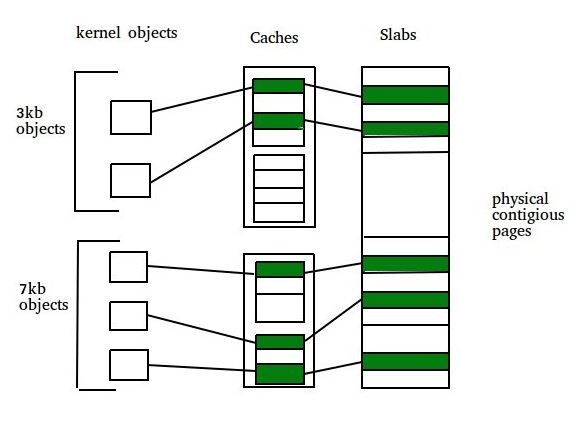