In this article, a basic technique for object segmentation called Thresholding.
But before moving into anymore detail, below is a brief overview of OpenCV.

OpenCV (Open Source Computer Vision) is a cross platform, open-source library of programming functions, aimed at performing real-time computer vision tasks in a wide variety of fields, such as:

It also includes a robust statistical machine learning library, that contains a number of different classifiers used to support the above areas.

To use OpenCV, simply import or include the required libraries and start making use of the myriad of available functions.

Thresholding is a very popular segmentation technique, used for separating an object from its background. In the article below, I have described various techniques used to threshold grayscale images(8-bit).

The process of thresholding involves, comparing each pixel value of the image (pixel intensity) to a specified threshold. This divides all the pixels of the input image into 2 groups:

These 2 groups are now given different values, depending on various segmentation types.
OpenCV supports 5 different thresholding schemes on Grayscale(8-bit) images using the function : 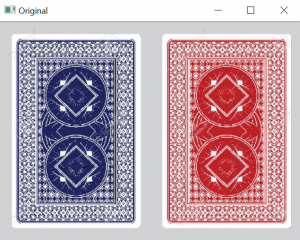 The input RGB image is first converted to a grayscale image before thresholding is done. 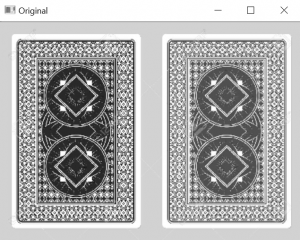 To compile OpenCV programs, you need to have OpenCV library installed on your system. I will be posting a simple tutorial for the same, in the coming days.
If you have already installed OpenCV, run the below code with the input image of your choice.