OLAP stands for Online Analytical Processing Server. It is a software technology that allows users to analyze information from multiple database systems at the same time. It is based on multidimensional data model and allows the user to query on multi-dimensional data (eg. Delhi -> 2018 -> Sales data). OLAP databases are divided into one or more cubes and these cubes are known as Hyper-cubes. 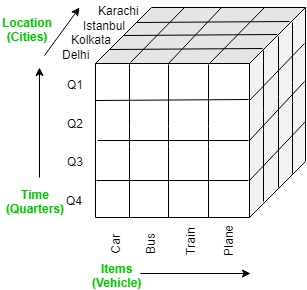 There are five basic analytical operations that can be performed on an OLAP cube: