Object recognition is the technique of identifying the object present in images and videos. It is one of the most important applications of machine learning and deep learning. The goal of this field is to teach machines to understand (recognize) the content of an image just like humans do.

Convolution Neural Network (CNN) is one of the most popular ways of doing object recognition. It is widely used and most state-of-the-art neural networks used this method for various object recognition related tasks such as image classification. This CNN network takes an image as input and outputs the probability of the different classes. If the object present in the image then it’s output probability is high else the output probability of the rest of classes is either negligible or low. The advantage of Deep learning is that we don’t need to do feature extraction from data as compared to machine learning. 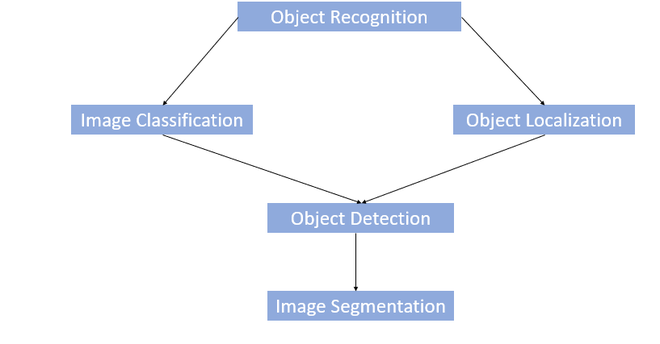 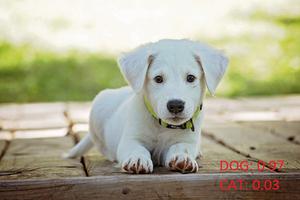 Object Localization: This algorithm locates the presence of an object in the image and represents it with a bounding box. It takes an image as input and outputs the location of the bounding box in the form of (position, height, and width).

Object Detection algorithms act as a combination of image classification and object localization. It takes an image as input and produces one or more bounding boxes with the class label attached to each bounding box. These algorithms are capable enough to deal with multi-class classification and localization as well as to deal with the objects with multiple occurrences.

Image segmentation is a further extension of object detection in which we mark the presence of an object through pixel-wise masks generated for each object in the image. This technique is more granular than bounding box generation because this can helps us in determining the shape of each object present in the image because instead of drawing bounding boxes , segmentation helps to figure out pixels that are making that object. This granularity helps us in various fields such as medical image processing, satellite imaging, etc. There are many image segmentation approaches proposed recently. One of the most popular is Mask R-CNN proposed by K He et al. in 2017. 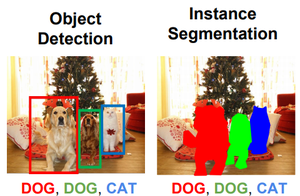 There are primarily two types of segmentation: 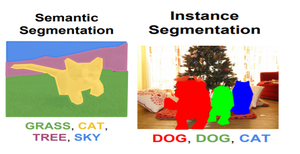 The above-discussed object recognition techniques can be utilized in many fields such as: