Given a non-negative number N, the task is to convert the number by deleting some digits of the number, such that the sum of the digits becomes even but the number is odd. In case there is no possible number, then print -1.
Note: There can be multiple numbers possible for a given N.
Examples: 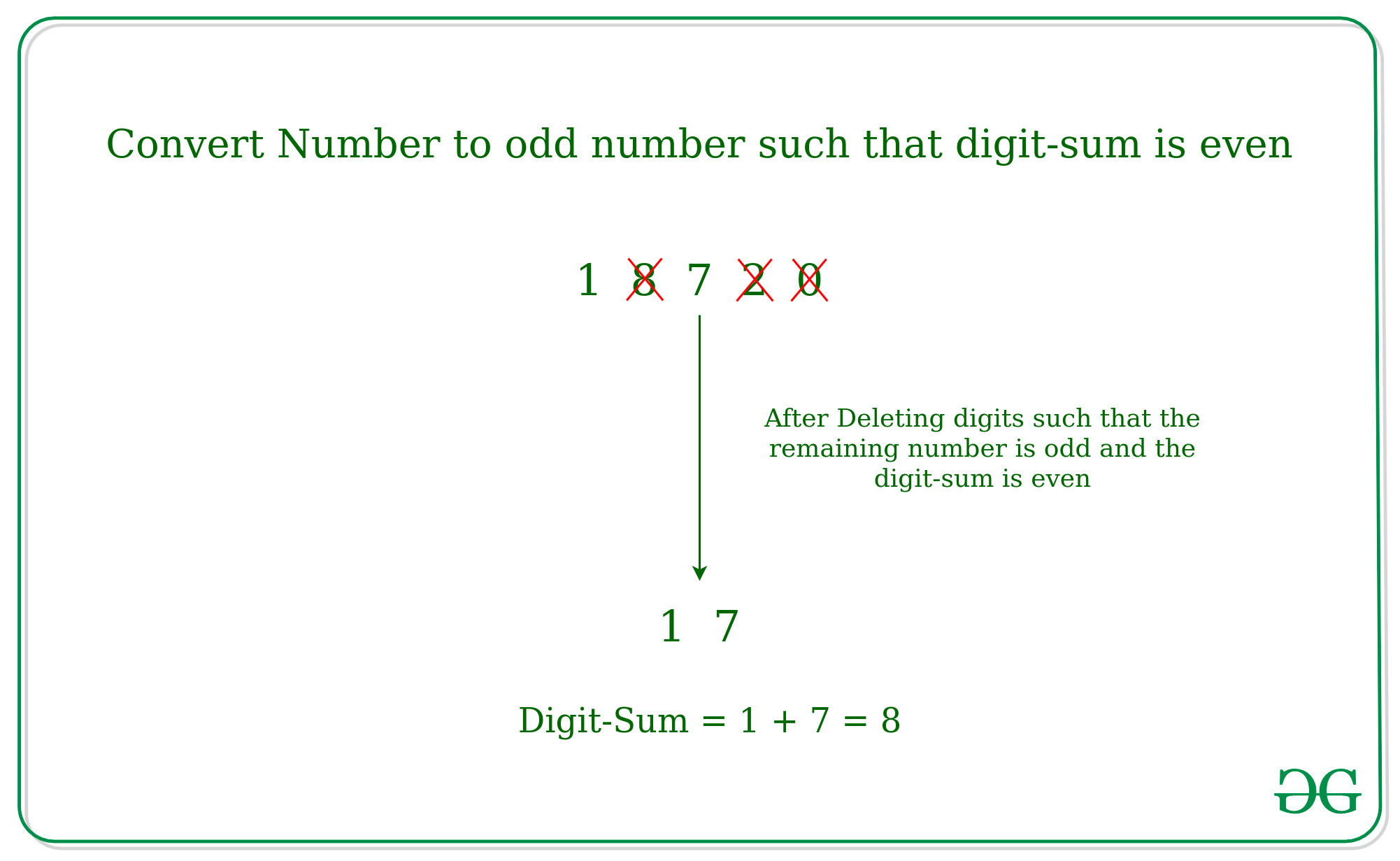 Approach:
The idea is to use the fact that “Even number of odd digits will give the sum to even number”. So, If the digits in the number contain even count of odd digits then it is possible to convert the number otherwise converting such number is not possible.
Below is the implementation of the above approach.

Time Complexity: O(|s|), where |s| represents the number of digits in the given number.
Auxiliary Space: O(|s|)

Previous
Reverse the substrings of the given String according to the given Array of indices
Next
Find number of subarrays ending with arr[i] where arr[i] is the minimum element of that subarray
Related Articles
1. Count of integers in a range which have even number of odd digits and odd number of even digits
2. Count numbers from given range having odd digits at odd places and even digits at even places
3. Count of characters in str1 such that after deleting anyone of them str1 becomes str2
4. Last remaining value from 2^N integers after deleting Max from even sum and Min from odd sum pair
5. Count numbers in given range such that sum of even digits is greater than sum of odd digits
6. Count of index pairs (i, j) such that string after deleting ith character is equal to string after deleting jth character
7. Count N-digits numbers made up of even and prime digits at odd and even positions respectively
8. Absolute difference between sum of even elements at even indices & odd elements at odd indices in given Array
9. Check if a number has an odd count of odd divisors and even count of even divisors
10. Find the nearest odd and even perfect squares of odd and even array elements respectively
Article Contributed By :