Any molecule created by a living organism is referred to as a biomolecule. Large macromolecules including proteins, polysaccharides, lipids, and nucleic acids, as well as numerous smaller compounds, are included. Biogenic compounds is a more broad term for this type of chemical.

Nucleic acids are macromolecules that are found in every living cell, either alone or in conjunction with other substances. End-to-end polymerisation of a vast number of units called nucleotides linked by phosphodiester linkages forms these lengthy strands. The word “nucleic acid” is used to describe specific big molecules found in cells.

Functions of Nucleic Acids: Nucleic acids are genetic material for all living cells, meaning they pass on hereditary characteristics from one generation to the next. Nucleic acid can also determine an organism’s phenotypic. Some nucleic acids, such as ribozymes, may have enzymatic activity. Nucleic acids play a role in protein production, either directly or indirectly.

The nucleotide is a tiny unitary structure made up of phosphodiester links that connect nucleic acids. Each nucleotide comprises

An N-glycosidic linkage connects a pentose sugar to a nitrogenous base to form a nucleoside. 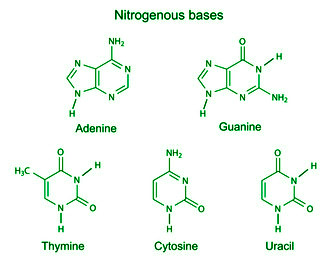 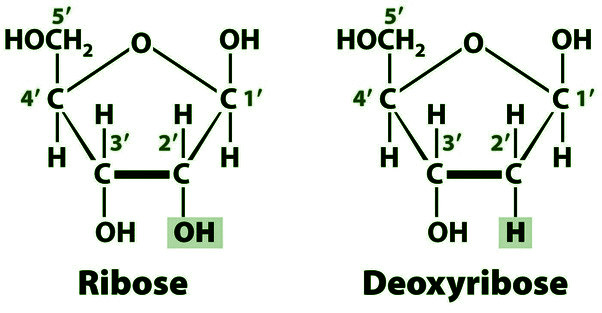 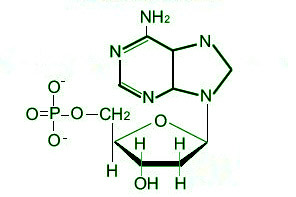 Bonds between Different Units of Nucleotides

The following types of linkage or bond can be found in a nucleotide unit’s components:

Nucleic acids are of two types:

All living species have DNA as their primary genetic material. It’s a nucleic acid molecule with two strands.

Occurrence: DNA is mostly present in the chromosomes of plant and animal cells’ nuclei. It’s found in mitochondria and chloroplasts as well. It’s found in circular and supercoiled chromosomes in prokaryotes’ cytoplasm. However, it is found in eukaryotes with proteins such as histones and protamine.

Structure: Watson and Crick’s double-stranded double-helical model is the most widely accepted structural model of DNA (1953). The structure of DNA, according to the model, is as follows:

RNA is a single-stranded nucleic acid found in a few viruses, such as retroviruses and viroids, as genetic material.

Occurrence: The majority of RNA is located in the cytoplasm of cells. The nucleolus and nucleoplasm both contain it. Except for a few viruses that have double-stranded RNA, it is generally found as a single-stranded polynucleotide.

Difference between DNA and RNA

Question 1: What are Nucleic Acids?

Nucleic acids are macromolecules that can be found alone or in combination with other chemicals in every live cell. These long strands are formed by the end-to-end polymerization of a large number of nucleotide units coupled by phosphodiester bonds. The term “nucleic acid” refers to a class of large molecules found in cells.

Question 2: What is nucleoside?

A nucleoside is formed when a nitrogenous base is connected to a pentose sugar via an N-glycosidic bond.

Question 3: What is a nucleic acid’s primary function?

Nucleic acid has the ability to store and transfer genetic information from one generation of cells to the next.

Question 4: What is DNA?

The molecule found inside cells that contains the genetic information necessary for an organism’s development and function. This information is handed down through the generations thanks to DNA molecules. Adenine (A) coupled with thymine (T) and guanine (G) paired with cytosine (C) form a double-stranded helix that is kept together by weak hydrogen interactions between purine-pyrimidine nucleotide base pairs (C). Also known as deoxyribonucleic acid (DNA).

Question 5: What is Phosphoester linkage?

When a phosphate group is connected to the 5′–OH of a nucleoside’s pentose sugar via phosphoester linkage, a matching nucleotide is formed. A dinucleotide is composed of two nucleotides linked by a 3′–5′ phosphodiester linkage.

Question 6: What is N–glycosidic linkage?