Explanation – Here, we need to maintain the order of a’s and b’s.That is, all the a’s are  coming first and then all the b’s are coming. Thus, we need a stack along with the state diagram. The count of a’s and b’s is maintained by the stack.We will take 2 stack alphabets:

Approach used in the construction of PDA – In designing a NPDA, for every ‘a’ comes before ‘b’. If ‘b’ comes then

So that the stack becomes empty.If stack is empty then we can say that the string is accepted by the PDA. 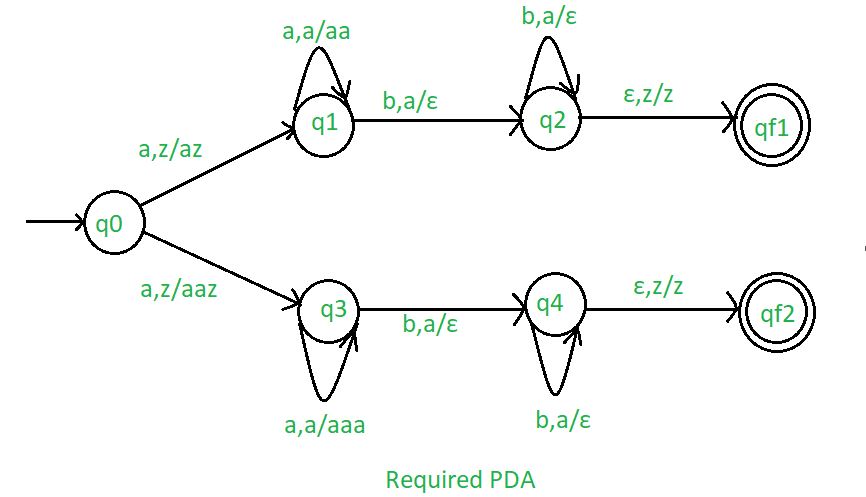 So, this is our required non deterministic PDA for accepting the language L ={