The article aims to perform chunking and tagging over an execnet gateway. Here two objects will be sent instead of one, and a Tree is received, which requires pickling and unpickling for serialization.

Communication this time is slightly different as in figure given below – 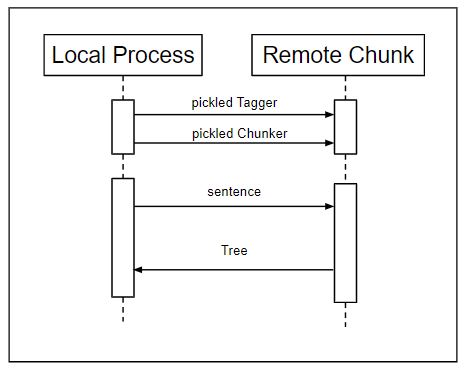 Code : Explaining the above working

remote_chunk module’s only external dependency is the pickle module, which is part of the Python standard library. It doesn’t need to import any NLTK modules in order to use the tagger or chunker, because all the necessary data is pickled and sent over the channel.