When you are declaring a class in java, you are just creating a new data type. A class provides the blueprint for objects. You can create an object from a class. However obtaining objects of a class is a two-step process : 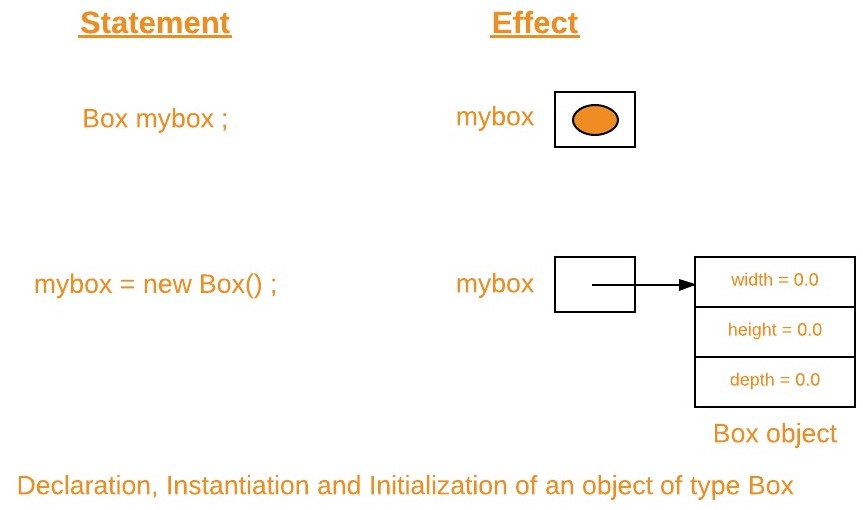 First let us understand what the following fragment does in above program.

You might think that b2 is being assigned a reference to a copy of the object referred to by b1. That is, you might think that b1 and b2 refer to separate and distinct objects. However, this would be wrong. Instead, after this fragment executes, b1 and b2 will both refer to the same object. The assignment of b1 to b2 did not allocate any memory or copy any part of the original object. It simply makes b2 refer to the same object as does b1. Thus, any changes made to the object through b2 will affect the object to which b1 is referring, since they are the same object. Same can be verified by output when we change height of box via b2.

This situation can be illustrated as follows : 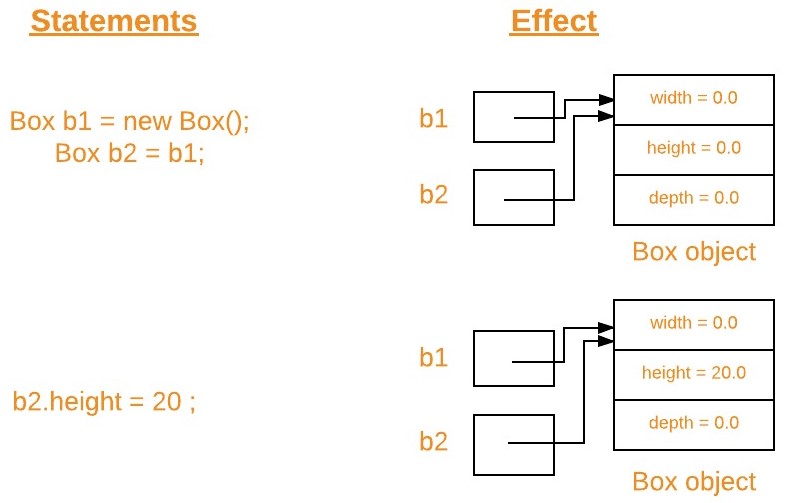 Note : Although b1 and b2 both refer to the same object, they are not linked in any other way. For example, a subsequent assignment to b1 will simply unhook b1 from the original object without affecting the object or affecting b2.For example :

Here, b1 has been set to null, but b2 still points to the original object.

When we pass object reference to a method, the parameter that receives it will refer to the same object as that referred to by the argument. To know more with examples, refer Passing and Returning Objects in Java.