Prerequisite – Virtualization and its Types in Cloud Computing

Network Virtualization is a process of logically grouping physical networks and making them operate as single or multiple independent networks called Virtual Networks.

The basic functionality of the OS is to give the application or the executing process with a simple set of instructions. System calls that are generated by the OS and executed through the libc library are comparable to the service primitives given at the interface between the application and the network through the SAP (Service Access Point).

The hypervisor is used to create a virtual switch and configuring virtual networks on it. The third-party software is installed onto the hypervisor and it replaces the native networking functionality of the hypervisor. A hypervisor allows us to have various VMs all working optimally on a single piece of computer hardware. 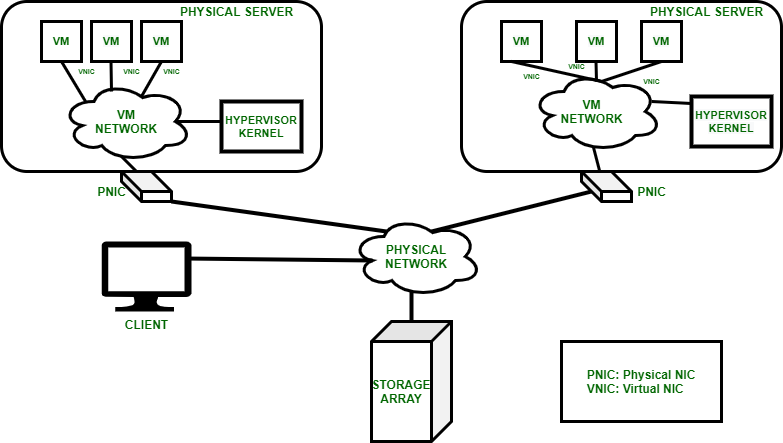