Network Time Protocol (NTP) is a protocol that helps the computers clock times to be synchronized in a network. This protocol is an application protocol that is responsible for the synchronization of hosts on a TCP/IP network. NTP was developed by David Mills in 1981 at the University of Delaware. This is required in a communication mechanism so that a seamless connection is present between the computers.

Working of NTP :
NTP is a protocol that works over the application layer, it uses a hierarchical system of time resources and provides synchronization within the stratum servers. First, at the topmost level, there is highly accurate time resources’ ex. atomic or GPS clocks. These clock resources are called stratum 0 servers, and they are linked to the below NTP server called Stratum 1,2 or 3 and so on. These servers then provide the accurate date and time so that communicating hosts are synced to each other. 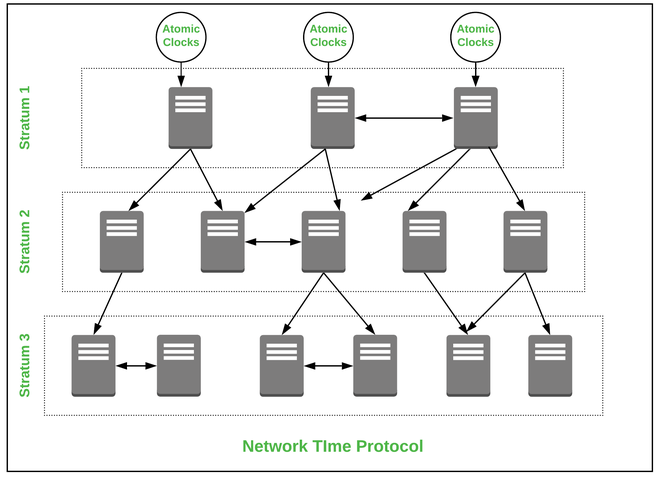