Network simulator is a tool used for simulating the real world network on one computer by writing scripts in C++ or Python. Normally if we want to perform experiments, to see how our network works using various parameters. We don’t have required number of computers and routers for making different topologies. Even if we have these resources it is very expensive to build such a network for experiment purposes.

So to overcome these drawbacks we used NS3, which is a discrete event network simulator for Internet. NS3 helps to create various virtual nodes (i.e., computers in real life) and with the help of various Helper classes it allows us to install devices, internet stacks, application, etc to our nodes.

When network cards are enabled in the devices, we add different parameters in the channels (i.e., real world path used to send data) which are data-rate, packet size, etc. Now we use Application to generate traffic and send the packets using these applications.

Ns3 gives us special features which can be used for real life integrations. Some of these features are:

This is a brief introduction to NS3. Basically NS3 can perform most of the activities which are performed in the network in reality. 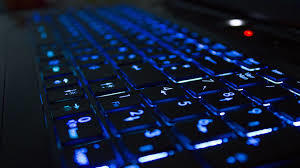