Netcat is a Unix utility which reads and writes data across network connections using TCP or UDP protocol.
Following tasks can be done easily with Netcat:

A simple client-server connection:
Type this command on the server machine.

Here, nc stands for Netcat, that we are calling the Netcat program.
-l option tells the program to listen on a port specified by -p option. In this case, it is 1234. So the command can also be written as,

Now type the following on the client machine or on the other terminal:-

Some important options that can be used with Netcat: 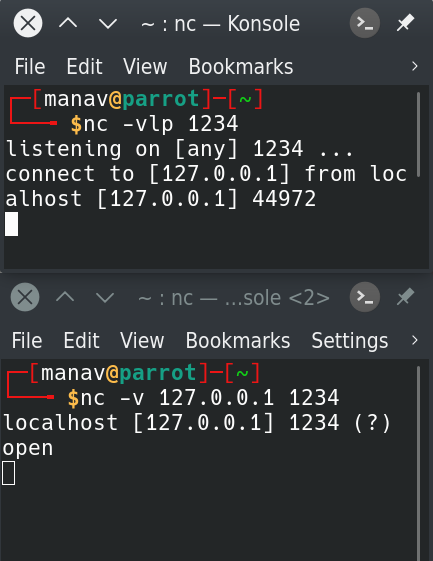 The above command on the client is showing it has successfully connected to the server. This command can also be used to scan a port of the server if it is open or not.

2.  After data transfer wait w seconds before terminating the connection. 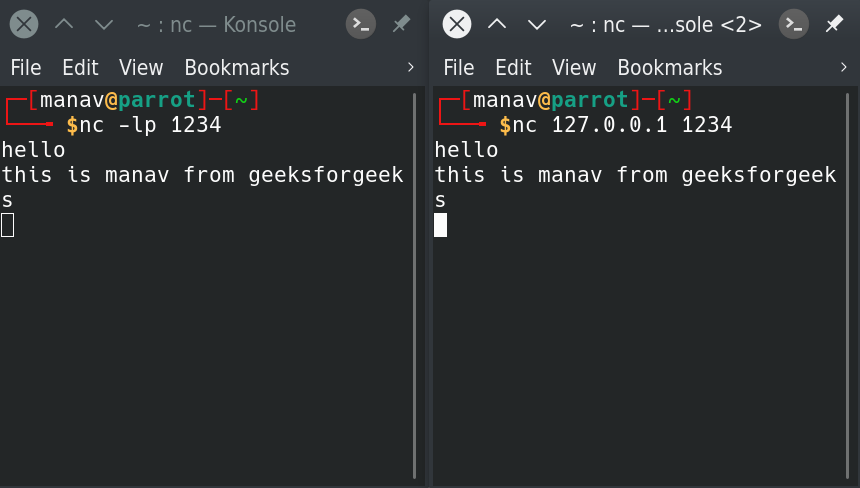 In this example, the server will terminate the connection 30 seconds after receiving the file. If the file is not in the current directory, then specify the entire path.

5. To execute shell command after successful establishment of connection

Some important points on Netcat