Neofetch In Linux – Snap cool screenshots of your Linux

Neofetch is a fancy, highly customizable, and aesthetic command-line system information screenshot utility tool. Written in the Bash scripting language, it works inside a terminal window, on triggering up the command it by default displays the operating system, software, and hardware of your system on the right side of the column alongside an ASCII image of the logo of your operating system on the left side of the column.

Neofetch is not a system diagnostics tool, instead, it’s a tool to show off your system configurations and specifications to other people who want to see that.

Neofetch currently supports more than 150 operating systems including Windows, Mac OS, Linux, Unix-like, and other DOS systems. Neofetch allows a wide range of customizations too, you can edit the ASCII image shown and the system information that is displayed. So in order to experience this amazing Neofetch let’s install it hands-on.

Neofetch requires Git and Terminal. Git is installed by default in Mac OS and Linux. Windows users can visit this link and download the appropriate file according to their system configurations. All the operating systems have terminals by default, possibly with different names but they have it. 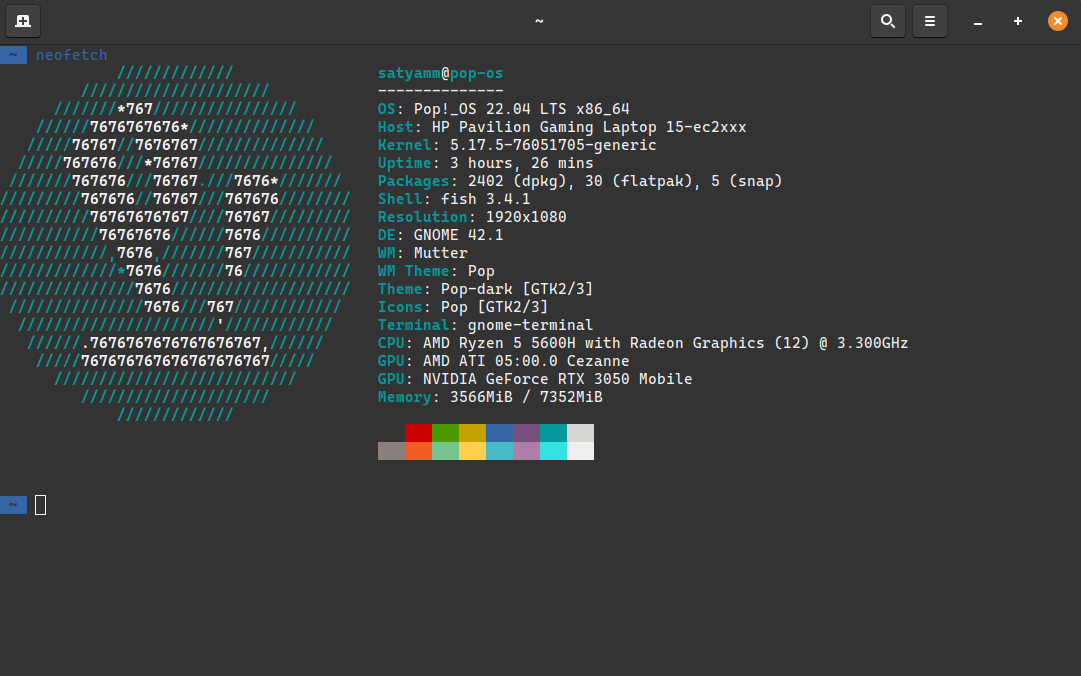 Neofetch inside a Ubuntu-based distro.

For customizations and tweaks:

You can change what’s displayed by using command-line flags, to know about all the accepted flags type use the following command:

Flags are cool but you don’t want to type those long lines, also you would like to fire up neofetch every time you open a terminal, follow the below steps:

If you have any other shell go to your shell’s rc file and type neofetch there.

Now, configure the .config file of Neofetch to set it up for what you want to see.

Here we don’t have a config file, the file location should be like the below:

open the neofetch file in any code editor of your choice and edit the contents inside the print info function, we comment out the properties that we don’t want to display using the # symbol in bash.