Introduction : Multiset is a collection that supports order-independent equality, like Set, but may have duplicate elements. We might think that a Multiset is a List then, but it is not so.

So a Multiset occupies a sort of grey area between a List and a Set. Duplicates allowed, but no guaranteed order. A multiset is also sometimes called a bag. In multisets, as in sets and in contrast to tuples, the order of elements is irrelevant in multisets. For example : The multisets {a, a, b} and {a, b, a} are equal.

There are two main ways of looking at Multiset :

Declaration : The declaration for com.google.common.collect.Multiset interface is as below : 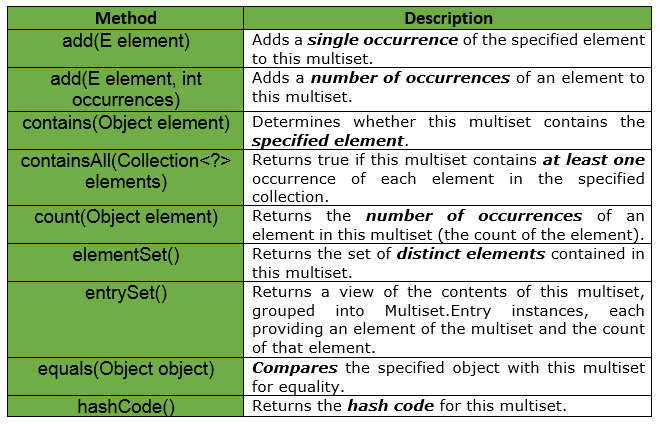 Example : We know that if two equal elements are added to java.util.Set, then the second element will be discarded.

But, if we use Guava’s Multiset, then the duplicate element will not be discarded. See the code below for implementation :

Below given are some other methods provided by Multiset Interface of Guava : 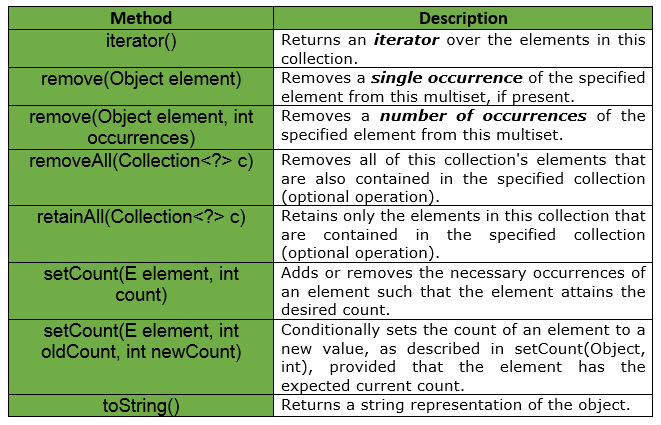