Most C/C++ compilers support multi-character literals. Below is the example to demonstrate the concept of Multi-character Literal.

This compiles and runs fine and the multi-character literal stores as an integer value (from where the number comes you will find below). As pedantic compiler flag generally passed it gives a warning on all multi-character literals. This warning helps to point out if we mistakenly use ‘ instead of “.  The warning is:

You can disable the warning using the #pragma GCC diagnostic ignored “-Wmultichar” directly from the source code.

Below are some important information about Multi-character Literals:

Though typeid() should not be used to tell the type as it’s sometimes guaranteed by the standard to give you the wrong answer. But here typeid() is sufficient to point out that Multi-character stores as an integer type and different from char and string.

2. Multi-character literals are implementation-defined and not a bug:

An aspect of C++’s semantics that is defined for each implementation rather than specified in the standard for every implementation. An example is the size of an int (which must be at least 16 bits but can be longer). Avoid implementation-defined behavior whenever possible.

Any code that relies on implementation-defined behavior is only guaranteed to work under a specific platform and/or compiler.
Example:

It is not that the creators of C or C++ didn’t know about this, they just leave it in hands of compilers to deal with it.

3. Multi-character literals stores as int rather than char (C standard): Now the question is from where the integer value is coming. On compilers where int is 4 bytes, Multi-characters stores as 4 bytes as it depends on the compiler.  For 4 bytes Multi-character literal each char initialize successive bytes of the resulting integer(big-endian, zero-padded, right-adjusted order). For Example, The value converted in 4 bytes int for ASCII char as,

Here, integers have 4 bytes of storage:

Now the ASCII of the first character from the left gets stored at last. Basically, “Big-endian” byte ordering:

Then for the next character, the integer value shifted 1 byte left:

Now, these 4 bytes represent a single integer number and calculated as:

If there are more than 4 characters in the Multi-character literal then only the last 4 characters stored and therefore, ‘abcdefgh’ == ‘efgh’, although the compiler will issue a warning on the literal that overflows.

And like above if we try to store Multi-character literal as char then only the last character gets stored.

Here we can see that the Multi-character literal which is a 4-byte integer is converting to 1-byte char and only stored the last character. 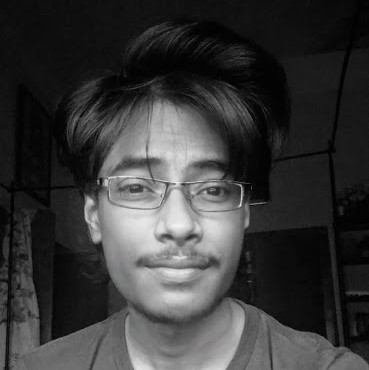