The move is an internal command found in the Windows Command Interpreter (cmd) that is used to move files and folders/directories. The command is robust than a regular move operation, as it allows for pattern matching via the inclusion of Wildcards in the source path.

The command is a very generic one and is available (in one form or the other) in almost every single operating system out there (under different aliases). In this article, we will learn about the move command and would learn various uses/applications of it.

Description of the Command :

The switch /Y may be present in the COPYCMD environment variable. This may be overridden with /-Y on the command line. The default is to prompt on overwrites unless the MOVE command is being executed from within a batch script. The above output can be obtained by executing the command move /? in cmd.

The above text is a little cryptic at first, but the command is really basic and follows the minimal blueprint.

Using the Command :
Throughout this section, we would take the following directory as example for demonstrating the usage of move command.

Moving a File from One Folder to Another : 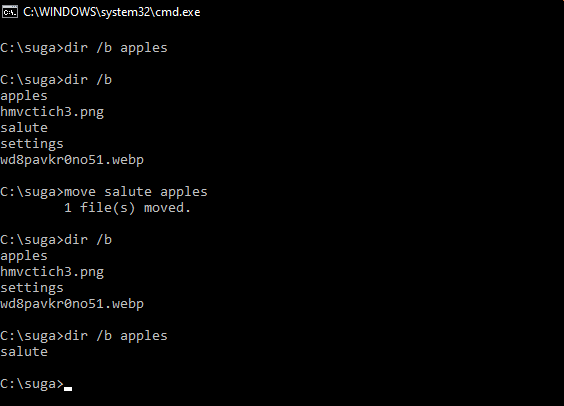 Moving Multiple Files from One Path to Another : 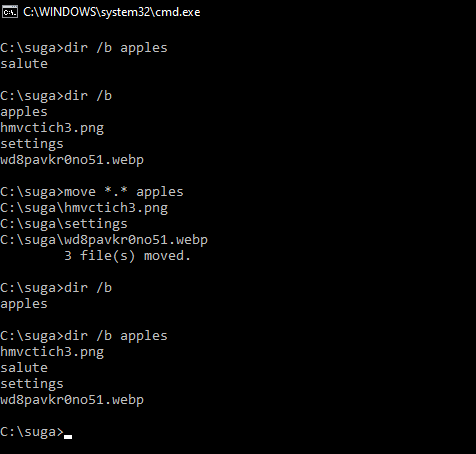 Moving Directory from One Path to Another : 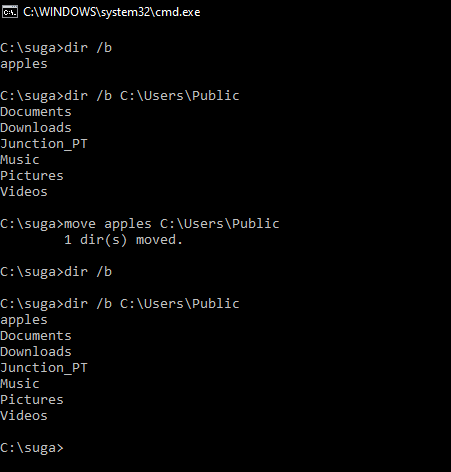 Moving a File to Another Folder with a Same Name File already existing :

There are two ways to tackle this situation –

By default, the move command upon encountering any name collisions would prompt the user, asking whether he wants to rewrite the existing file with the new one, or stop the move process (via a Y/N prompt). To abort the move process, the user can simply enter N in the prompt input, stating that the file should not be overwritten. The prompt seeking for user input (for overwrite of files) appears as follows –

To continue the move process by overwriting existing files (on all name collisions), a /Y switch needs to be added to the command as follows –

Full Stack Development with React and Node JS - Live Classes
View Details
Most popular in Operating Systems
More related articles in Operating Systems
We use cookies to ensure you have the best browsing experience on our website. By using our site, you acknowledge that you have read and understood our Cookie Policy & Privacy Policy