The number of pixels added or removed from the object in an image depends on the shape and size of the structuring element used to process the image. In the morphological dilation and erosion operations, the state of any given pixel in the output image is determined by applying a rule to the corresponding pixel and its neighbors in the input image. The rule used to process the pixels defines the morphological operation as a dilation or an erosion.

Below is the Matlab code for Morphological operations: 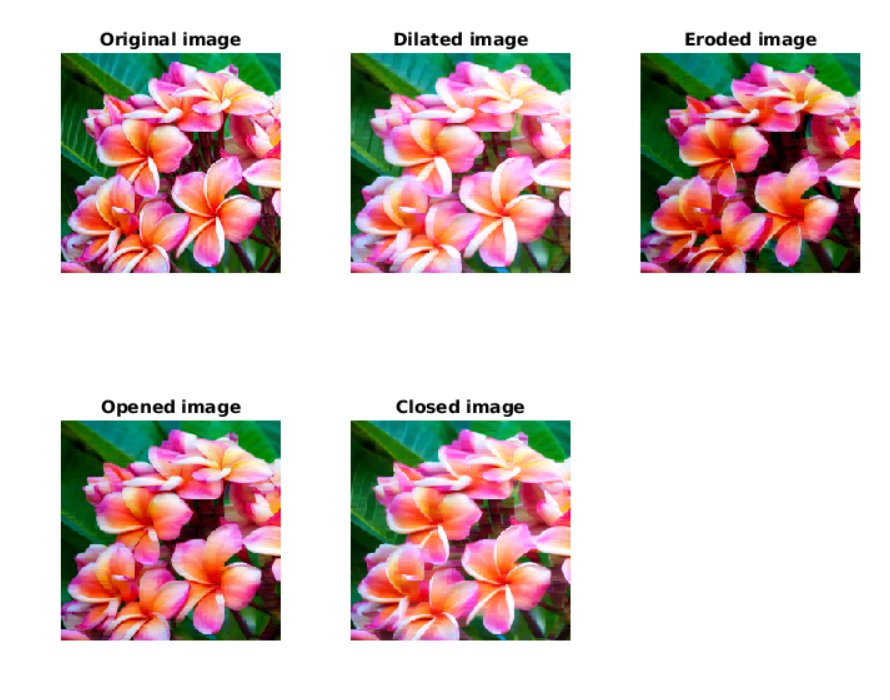