Below is the diagrammatic representation of Monolithic Kernel: 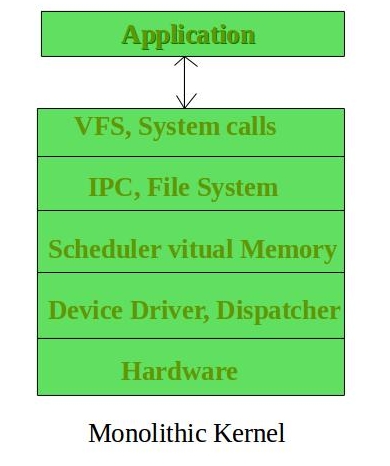 If any service fails the entire system crashes, and it is one of the drawbacks of this kernel. The entire operating system needs modification if the user adds a new service. 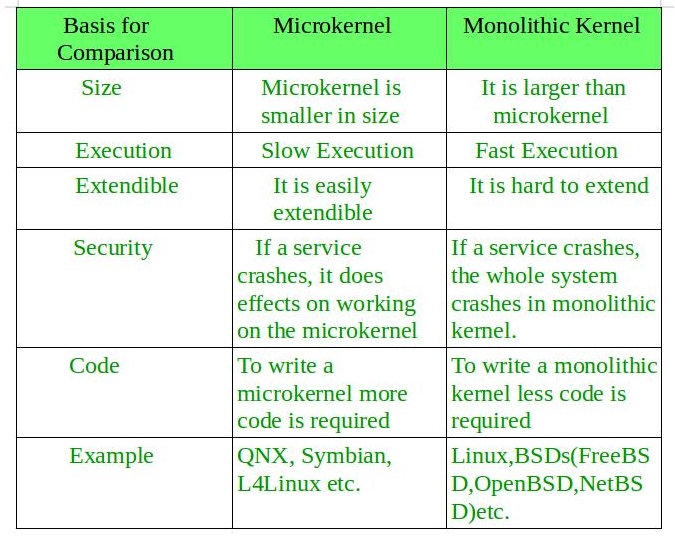