In context to the scaling of the MongoDB database, it has some features know as Replication and Sharding. Replication can be simply understood as the duplication of the data-set whereas sharding is partitioning the data-set into discrete parts. By sharding, you divided your collection into different parts. Replicating your database means you make imagers of your data-set. In terms of functionality delivered.

Replication is the method of duplication of data across multiple servers. For example, we have an application and it reads and writes data to a database and says this server A has a name and balance which will be copied/replicate to two other servers in two different locations. 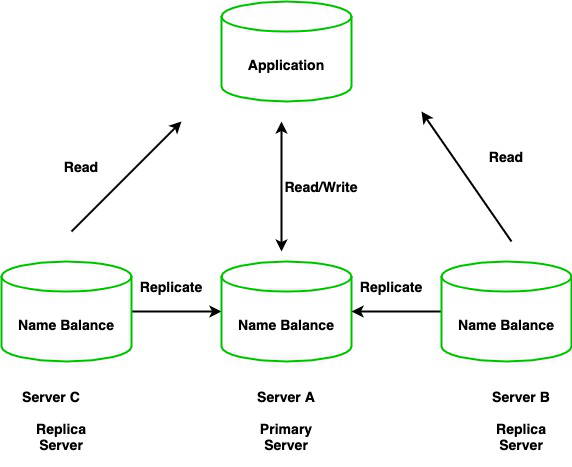 By doing this, will get redundancy and increases data availability with multiple copies of data on different database servers. So, it will increase the performance of reading scaling. The set of servers that maintain the same copy of data is known as replica servers or MongoDB instances.

How replication is formed?

In order to perform replication in MongoDB, we need to first create replica sets and give permission to script the file. The basics syntax of –replSet  is −

Then run the following script :

Sharding is a method for allocating data across multiple machines. MongoDB used sharding to help deployment with very big data sets and large throughput the operation. By sharding, you combine more devices to carry data extension and the needs of read and write operations.

How does Sharding work?

Sharding determines the problem with horizontal scaling breaking the system dataset and store over multiple servers, adding new servers to increase the volume as needed. 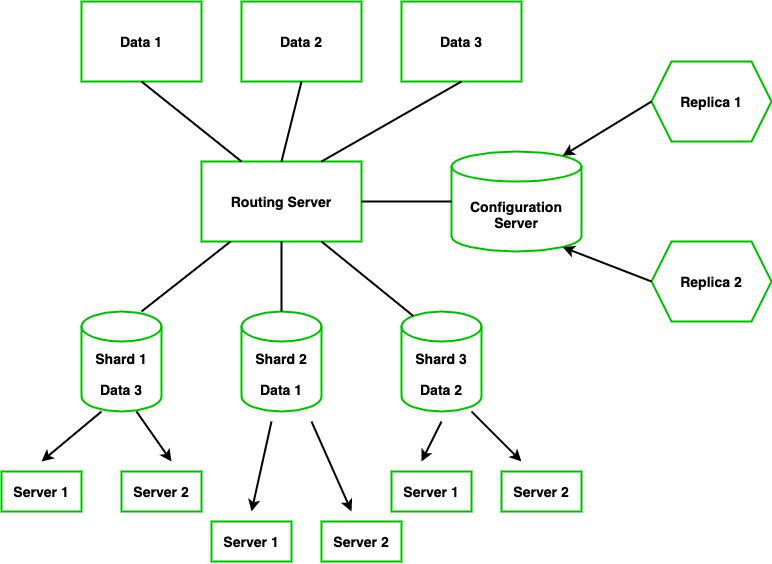 Now, instead of one signal as primary, we have multiple servers called Shard. We have different routing servers that will route data to the shard servers. For example: Let say we have Data 1, Data 2, and Data 3 this will be going to the routing server which will route the data (i.e, Different Data will go to a particular Shard ) Each Shard holds some pieces of data. Here the configuration server will hold the metadata and it will configure the routing server to integrate the particular data to a shard however configure server is the MongoDB instance if it goes down then the entire server will go down, So it again has Replica Configure database.

In order to create sharded clusters in MongoDB, We need to configure the shard, a config server, and a query router.

Complete Interview Preparation
View Details
System Design-Live Classes for Working Professionals
View Details
Data Structures & Algorithms- Self Paced Course
View Details
Most popular in MongoDB
Most visited in TrueGeek
We use cookies to ensure you have the best browsing experience on our website. By using our site, you acknowledge that you have read and understood our Cookie Policy & Privacy Policy