Mobile robots are those robots which work as a machine which is highly controlled by software programming that use sensors and other technologies like Artificial Intelligence to identify their surroundings and move around its environment. Mobile robots function using a combination of artificial intelligence (AI) and physical robotic elements, such as wheels, tracks, and legs. Mobile robots are becoming increasingly popular across different business sectors. They are used to assist with work processes and even accomplish tasks that are impossible or dangerous for human workers.

Humanoid robots, entertainment pets, drones, and underwater robots are some great examples of mobile robots. They can be distinguished from other robots because of their ability to move autonomously. These robots have enough intelligence to make the decision on the basis of algorithms where it can take input and learn from that and can match the predictive classifier and then give the expected output. They can make decisions on the basis of the perception they receive from the environment.

Mobile robots have a source of input data and they react by decode the input data to the outside world. In today’s times, there are mobile robots that can walk, run, jump like a living component. And in the future due to these abilities, they can substitute humans in many fields.

Classification of Mobile Robots :
Mobile robots can be classified in two ways as follows.

Now, let’s discuss one by one. 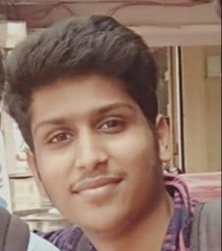