Monte Carlo Tree Search (MCTS) is a search technique in the field of Artificial Intelligence (AI). It is a probabilistic and heuristic driven search algorithm that combines the classic tree search implementations alongside machine learning principles of reinforcement learning.
In tree search, there’s always the possibility that the current best action is actually not the most optimal action. In such cases, MCTS algorithm becomes useful as it continues to evaluate other alternatives periodically during the learning phase by executing them, instead of the current perceived optimal strategy. This is known as the ” exploration-exploitation trade-off “. It exploits the actions and strategies that is found to be the best till now but also must continue to explore the local space of alternative decisions and find out if they could replace the current best.
Exploration helps in exploring and discovering the unexplored parts of the tree, which could result in finding a more optimal path. In other words, we can say that exploration expands the tree’s breadth more than its depth. Exploration can be useful to ensure that MCTS is not overlooking any potentially better paths. But it quickly becomes inefficient in situations with large number of steps or repetitions. In order to avoid that, it is balanced out by exploitation. Exploitation sticks to a single path that has the greatest estimated value. This is a greedy approach and this will extend the tree’s depth more than its breadth. In simple words, UCB formula applied to trees helps to balance the exploration-exploitation trade-off by periodically exploring relatively unexplored nodes of the tree and discovering potentially more optimal paths than the one it is currently exploiting.
For this characteristic, MCTS becomes particularly useful in making optimal decisions in Artificial Intelligence (AI) problems. 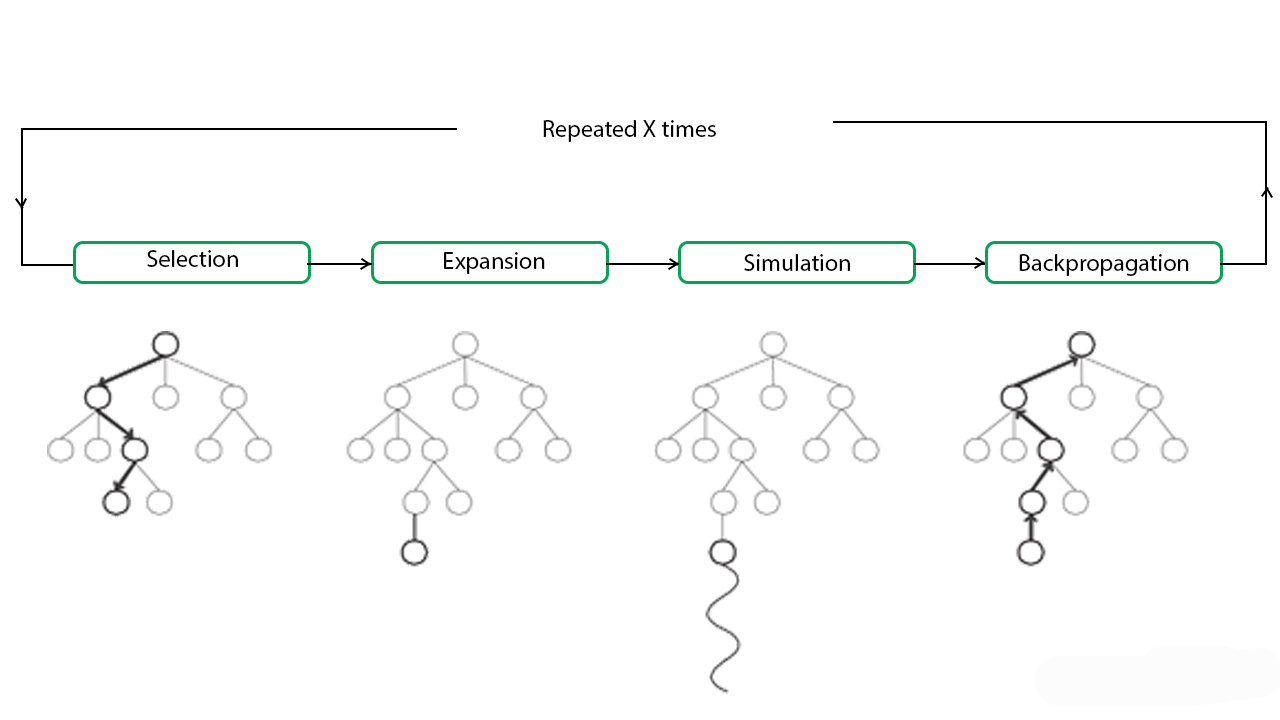 These types of algorithms are particularly useful in turn based games where there is no element of chance in the game mechanics, such as Tic Tac Toe, Connect 4, Checkers, Chess, Go, etc. This has recently been used by Artificial Intelligence Programs like AlphaGo, to play against the world’s top Go players. But, its application is not limited to games only. It can be used in any situation which is described by state-action pairs and simulations used to forecast outcomes.
Pseudo-code for Monte Carlo Tree search:

As we can see, the MCTS algorithm reduces to a very few set of functions which we can use any choice of games or in any optimizing strategy.
Advantages of Monte Carlo Tree Search: