Meanshift is falling under the category of a clustering algorithm in contrast of Unsupervised learning that assigns the data points to the clusters iteratively by shifting points towards the mode (mode is the highest density of data points in the region, in the context of the Meanshift). As such, it is also known as the Mode-seeking algorithm. Mean-shift algorithm has applications in the field of image processing and computer vision.

Note: The downside to Mean Shift is that it is computationally expensive O(n²). 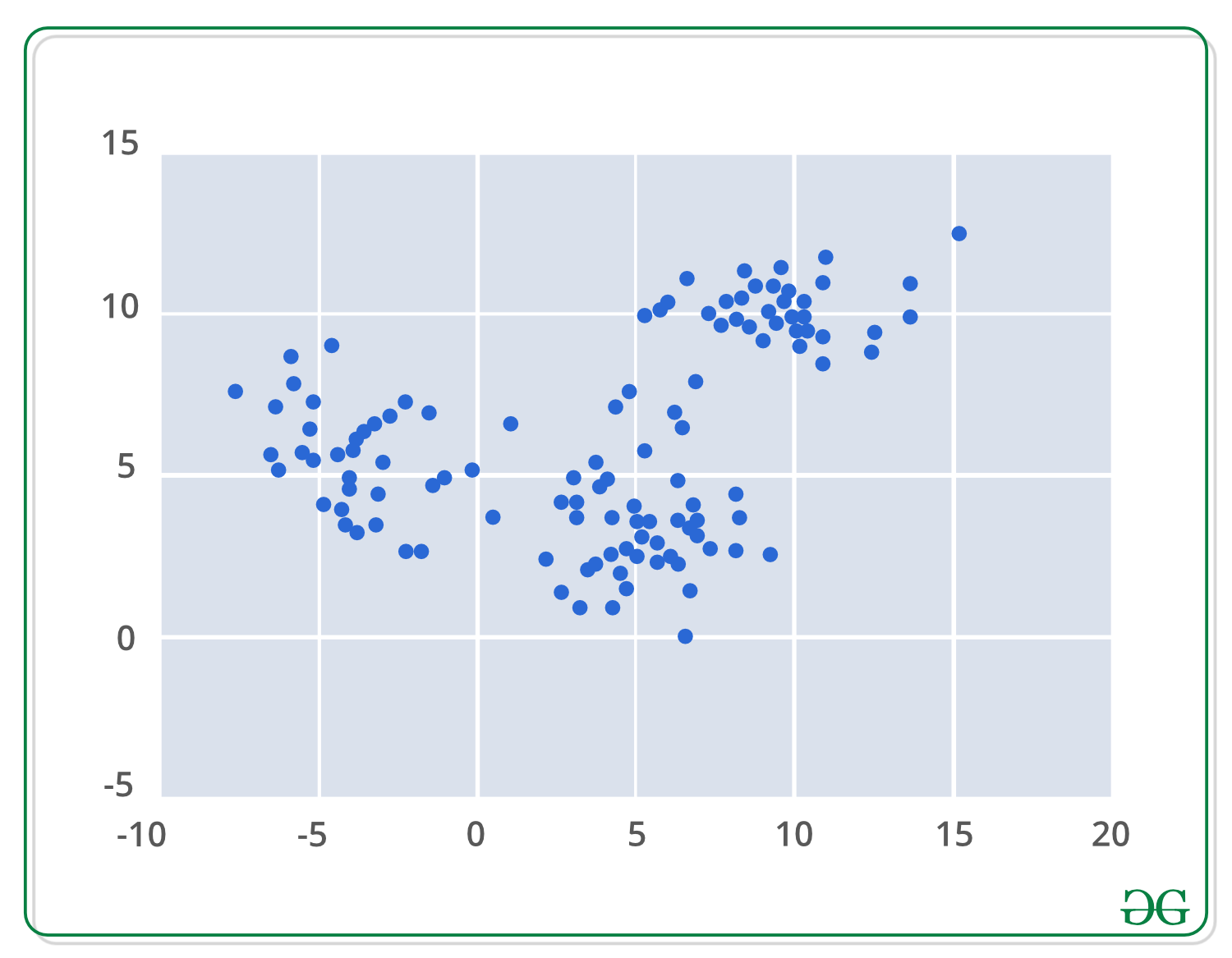 Mean-shift builds upon the concept of kernel density estimation, in short KDE. Imagine that the above data was sampled from a probability distribution. KDE is a method to estimate the underlying distribution also called the probability density function for a set of data.

It works by placing a kernel on each point in the data set. A kernel is a fancy mathematical word for a weighting function generally used in convolution. There are many different types of kernels, but the most popular one is the Gaussian kernel. Adding up all of the individual kernels generates a probability surface example density function. Depending on the kernel bandwidth parameter used, the resultant density function will vary.

Below is the KDE surface for our points above using a Gaussian kernel with a kernel bandwidth of 2. 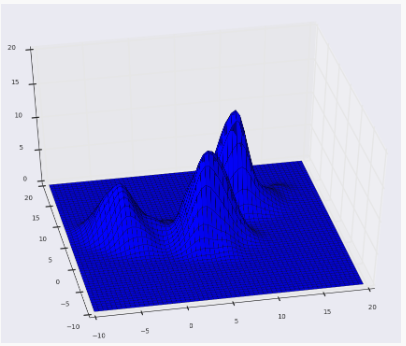 Below is the Python implementation : 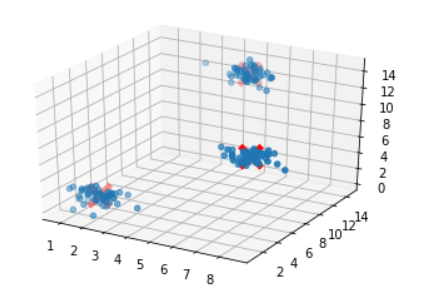 To illustrate, suppose we are given a data set {ui} of points in d-dimensional space, sampled from some larger population, and that we have chosen a kernel K having bandwidth parameter h. Together, these data and kernel function returns the following kernel density estimator for the full population’s density function.

The kernel function here is required to satisfy the following two conditions:

-> The first requirement is needed to ensure that our estimate is normalized.
-> The second is associated with the symmetry of our space.

Two popular kernel functions that satisfy these conditions are given by-

Below we plot an example in one dimension using the Gaussian kernel to estimate the density of some population along the x-axis. We can see that each sample point adds a small Gaussian to our estimate, centered about it and equations above may look a bit intimidating, but the graphic here should clarify that the concept is pretty straightforward. 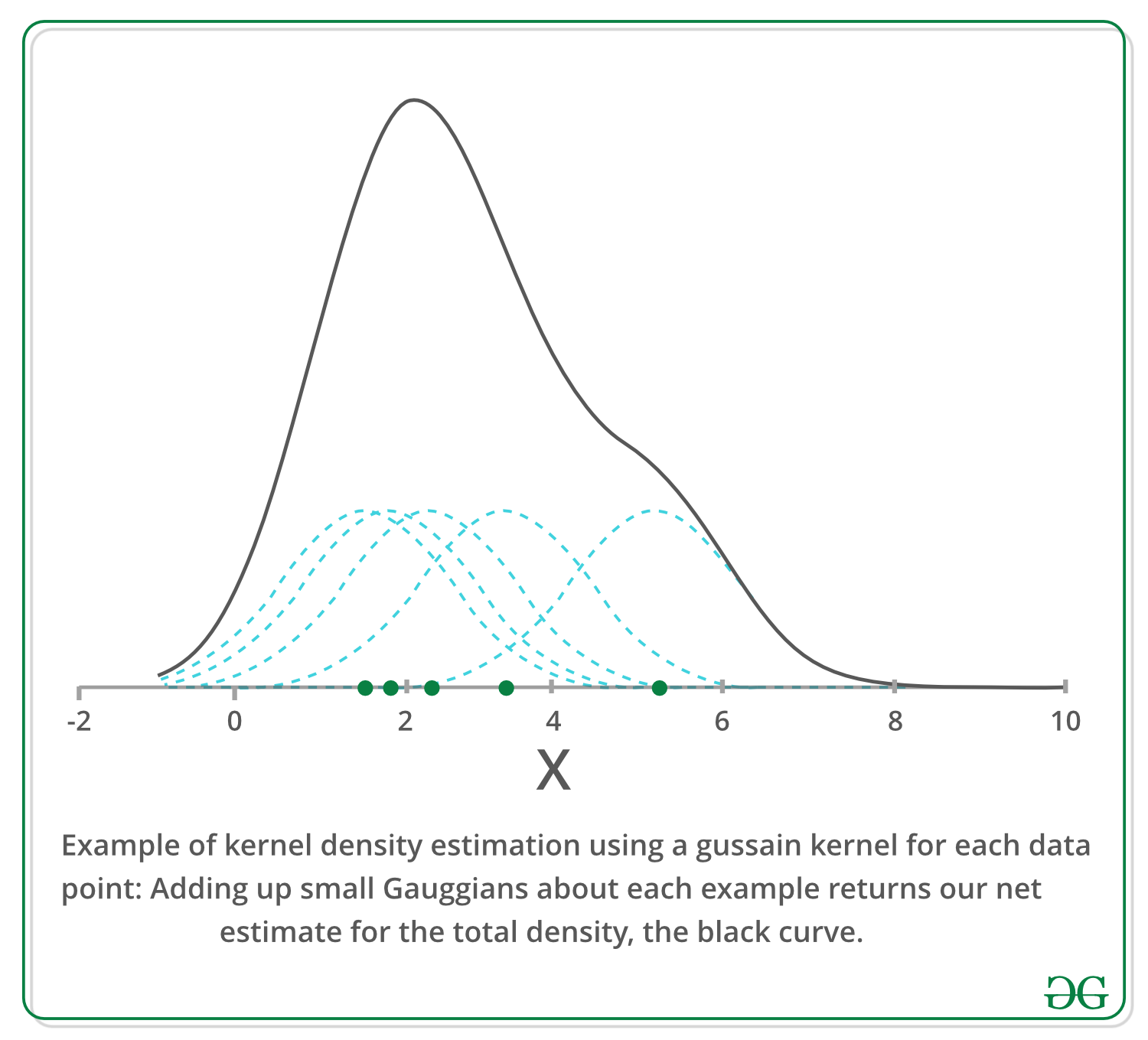 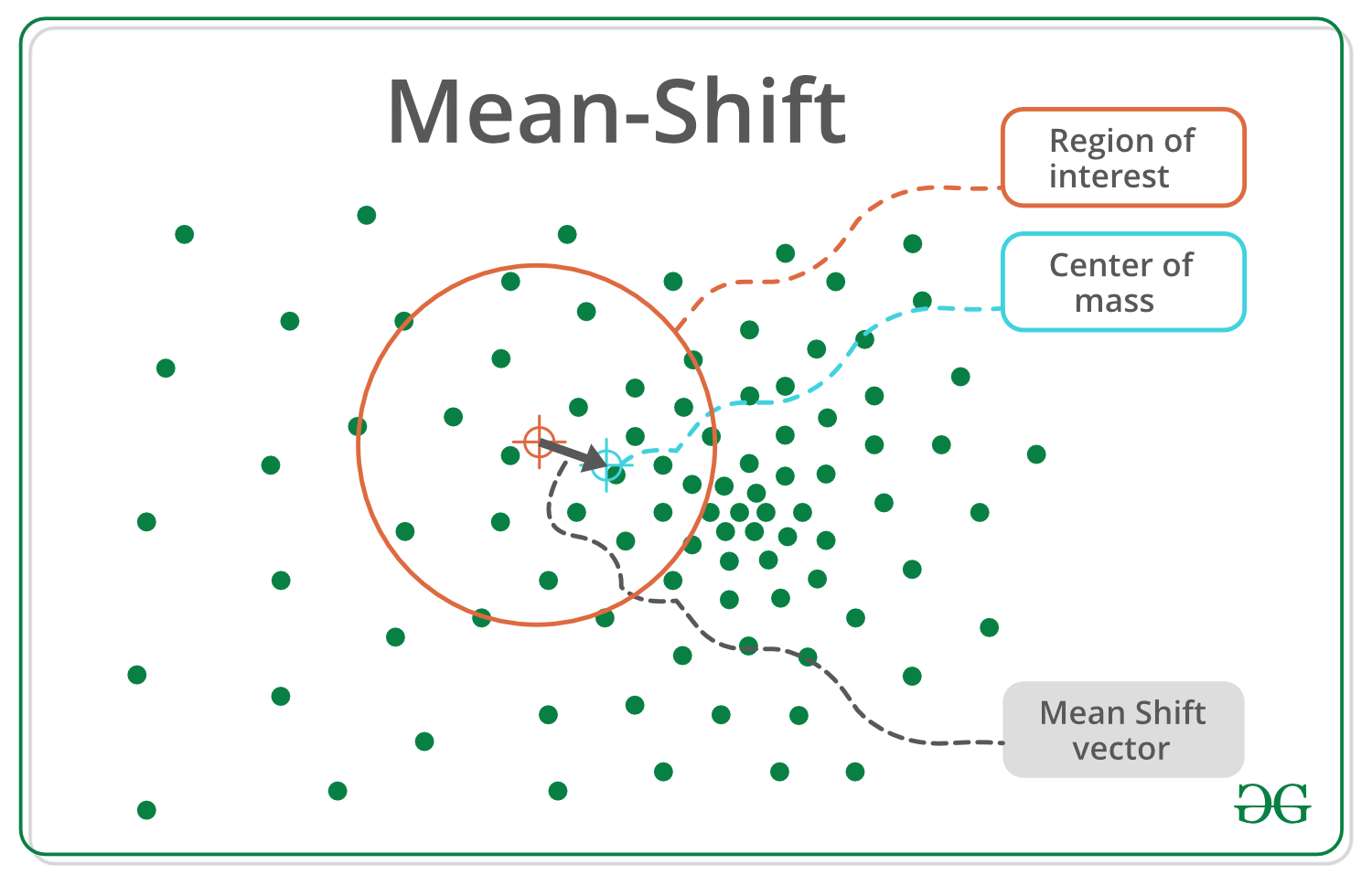