There are various kernel methods like linear, polynomial, and gaussian.

Code: Create a dataset which is nonlinear and then apply PCA on the dataset. 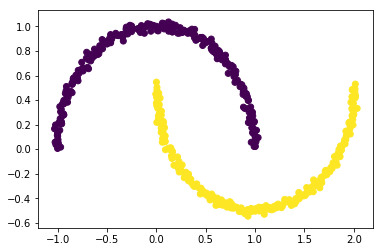 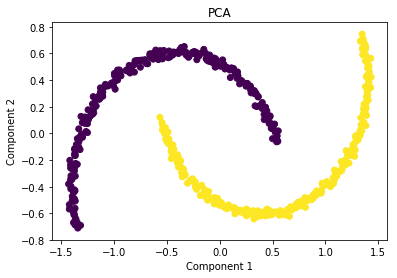 As you can see PCA failed to distinguish the two classes.

Code: Applying kernel PCA on this dataset with RBF kernel with a gamma value of 15. 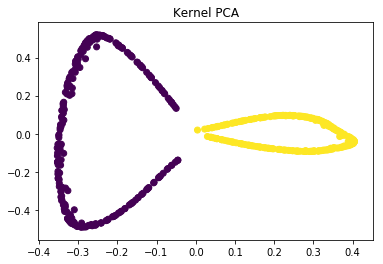