In the real-world applications of machine learning, it is very common that there are many relevant features available for learning but only a small subset of them are observable. So, for the variables which are sometimes observable and sometimes not, then we can use the instances when that variable is visible is observed for the purpose of learning and then predict its value in the instances when it is not observable.

On the other hand, Expectation-Maximization algorithm can be used for the latent variables (variables that are not directly observable and are actually inferred from the values of the other observed variables) too in order to predict their values with the condition that the general form of probability distribution governing those latent variables is known to us. This algorithm is actually at the base of many unsupervised clustering algorithms in the field of machine learning.
It was explained, proposed and given its name in a paper published in 1977 by Arthur Dempster, Nan Laird, and Donald Rubin. It is used to find the local maximum likelihood parameters of a statistical model in the cases where latent variables are involved and the data is missing or incomplete. 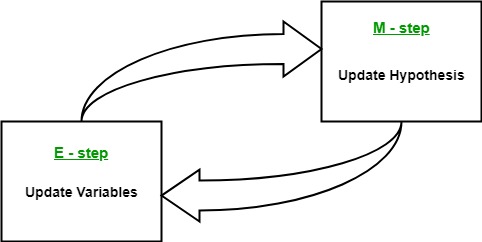 The essence of Expectation-Maximization algorithm is to use the available observed data of the dataset to estimate the missing data and then using that data to update the values of the parameters. Let us understand the EM algorithm in detail. 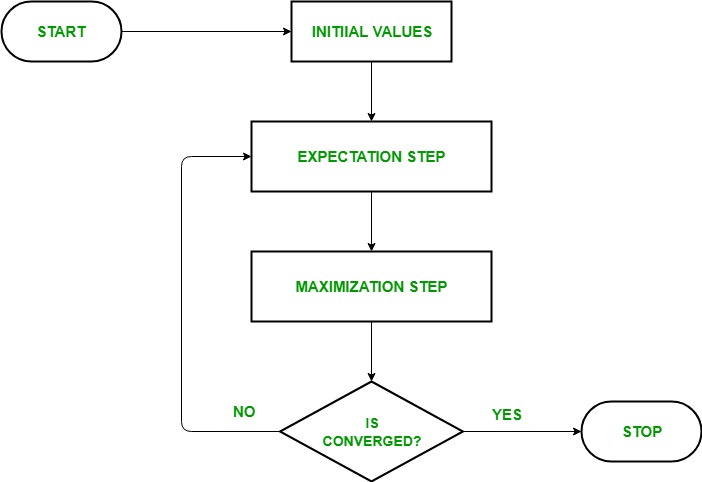