Introduction:
Assuming that we are already aware of how vanilla Seq2Seq or Encoder-Decoder models work, let us focus on how to further take it up a notch and improve the accuracy of our predictions. We’ll consider the good old example of Machine Translation.

Motivation:
In a Seq2Seq model, the encoder reads the input sentence once and encodes it. At each time step, the decoder uses this embedding and produces an output. But humans don’t translate a sentence like this. We don’t memorize the input and try to recreate it, we are likely to forget certain words if we do so. Also, is the entire sentence important at every time step, while producing every word? No. Only certain words are important. Ideally, we need to feed in only relevant information (encoding of relevant words) to the decoder.
“Learn to pay attention only to certain important parts of the sentence.”

Goal:
Our goal is to come up with a probability distribution, which says, at each time step, how much importance or attention should be paid to the input words.

How does it works:
Consider the following Encoder- Decoder architecture with Attention. 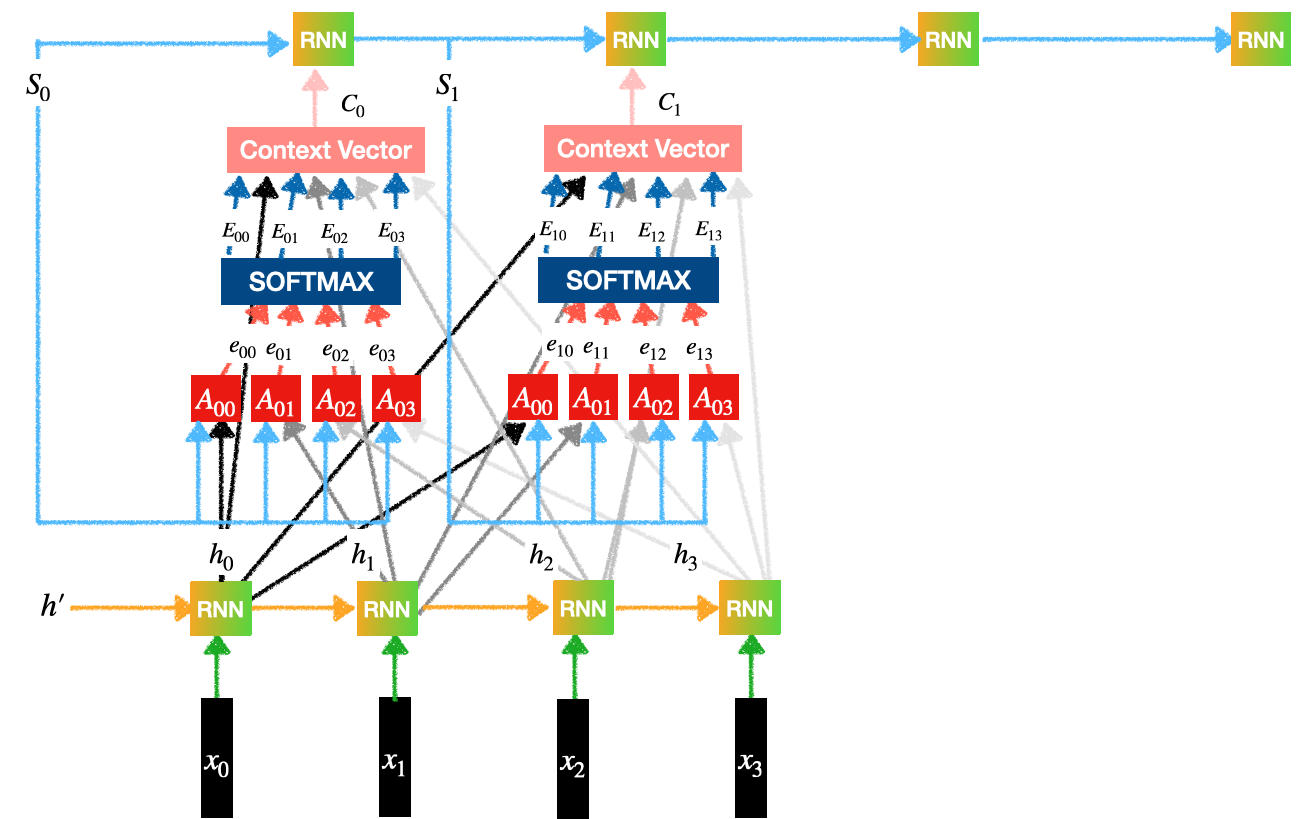 We can observer 3 sub-parts/ components in the above diagram:

Contains a RNN layer (Can be LSTMs or GRU): 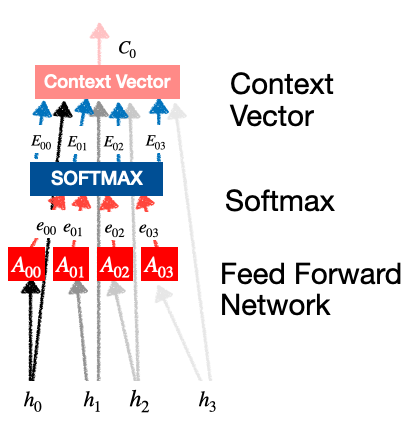 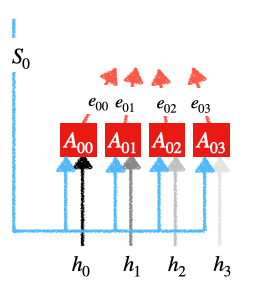 can be any activation function such as sigmoid, tanh or ReLu. 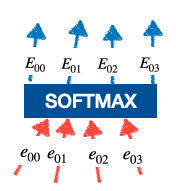 are called the attention weights. This is what that decides how much importance should be given to the inputs 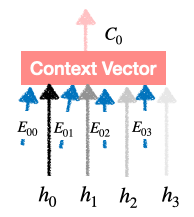 in the same way and feed it to different RNN units of the Decoder layer.

So this is the final vector which is the product of (Probability Distribution) and (Encoder’s output) which is nothing but the attention paid to the input words.
Decoder:
We feed these Context Vectors to the RNNs of the Decoder layer. Each decoder produces an output which is the translation for the input words.

Observation:
If we know the true attention weights,

‘s then it would have been easier to compute the error and then adjust the parameters to minimise this loss. But in practice, we will not have this. We need someone to manually annotate each word to a set of contributing words. That is not possible.

Then why should this model work?
This is a better model when compared to the others because we are asking the model to make an informed choice. Given enough data, the model should be able to learn these attention weights just as humans do. And indeed these work better than the vanilla Encoder-Decoder models.