Control signals provided by 8086 for memory operations and i/o interfacing :
They are used to identifying whether the bus is carrying a valid address or not , in which direction data is needed to be transferred over the bus, when there is valid write data on the data bus and when to put read data on the system bus. Therefore, their sequence pattern makes all the operations successful in a particular machine cycle. 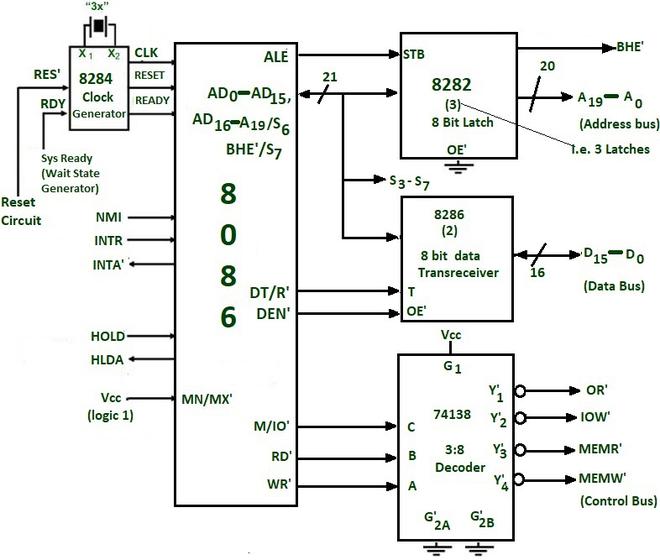 8282 (8 bits) latch :
The latches are buffered D FF. They are used to separate the valid address from the multiplexed Address/data bus by using the control signal ALE, which is connected to strobe(STB) of 8282. The ALE is active high signal. Here three such latches are required because the address is 20 bits. 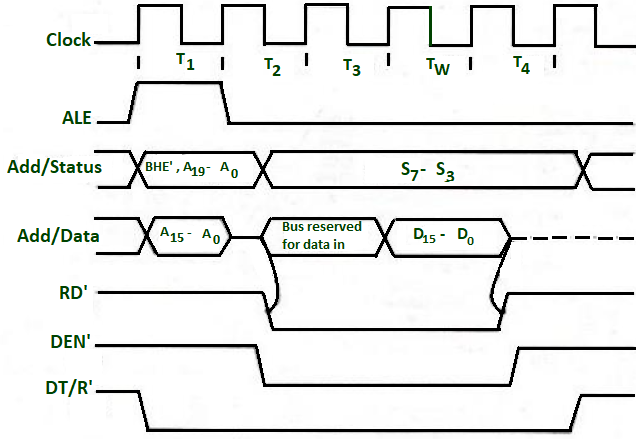 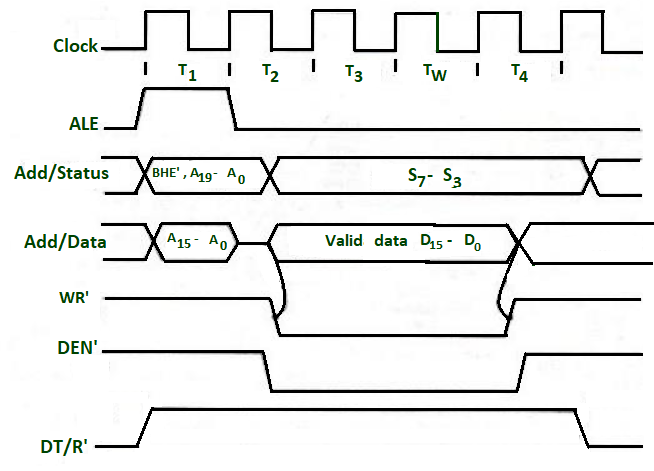 All kinds of memory and i/o operations are performed using the decoding of M/IO’and RD’ WR’ as shown in the table above.