What is Mid-Point Theorem? 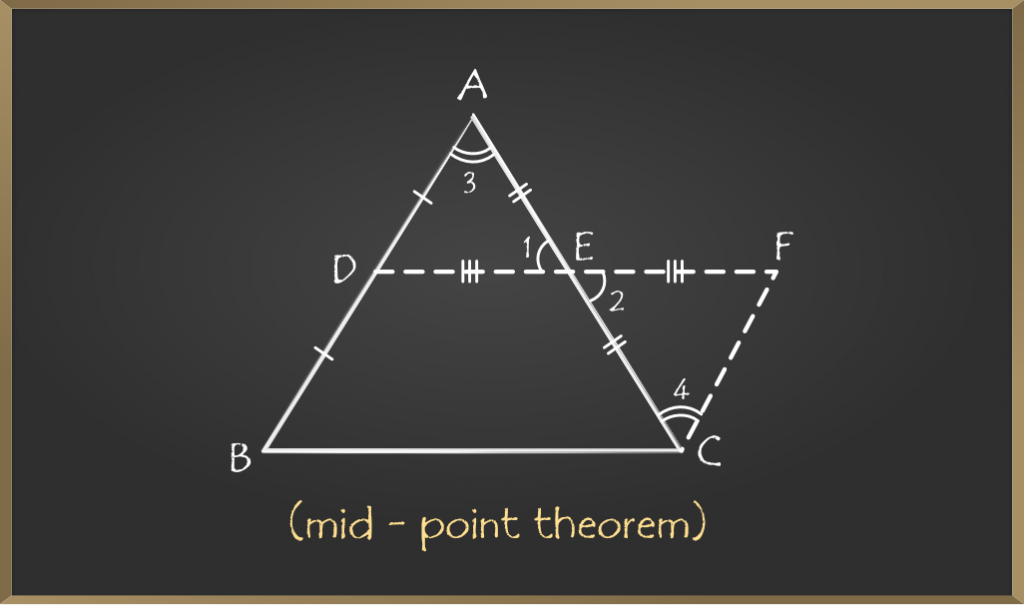 Extend the line segment joining points D and E to F such that DE = EF and join CF.

But these are alternate interior angles.

BCFD is a parallelogram as one pair of opposite sides is parallel and equal.

DF∥ BC (opposite sides of parallelogram)

DF = BC (opposite sides of parallelogram)

Hence, proved that the line joining mid-points of two sides of the triangle is parallel to the third side and is half of it.

What is the Converse of Mid-Point Theorem? 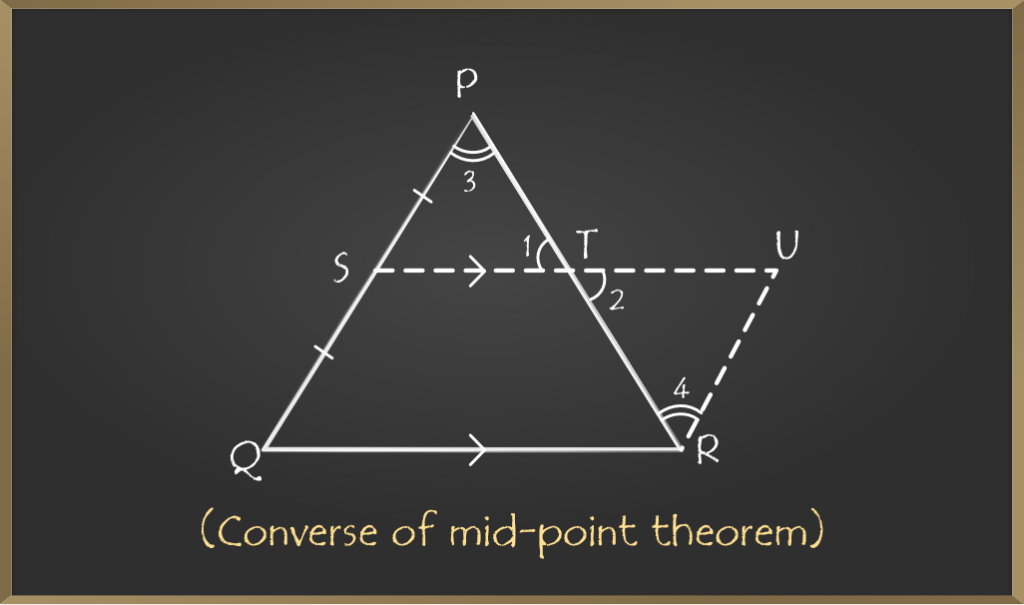 Proof of the Theorem

In triangle PQR, S is the mid-point of PQ and ST ∥ QR

To Prove: T is the mid-point of PR.

Draw a line through R parallel to PQ and extend ST to U.

Therefore, SURQ is a parallelogram.

T is the mid-point of PR. 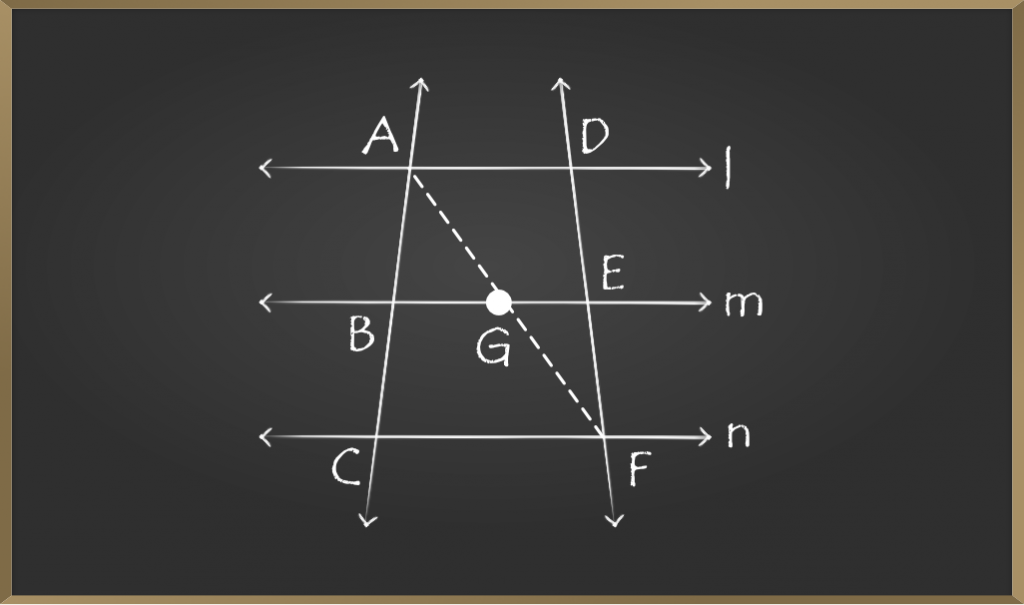 Construction: Join AF such that it intersects line m at G.

Therefore, by converse of mid-point theorem G is the midpoint of AF(AG = GF)

Therefore, by converse of mid-point theorem E is the mid-point of DF(FE = DE)

Problem 2: In the figure given below L, M and N are mid-points of side PQ, QR, and PR respectively of triangle PQR. 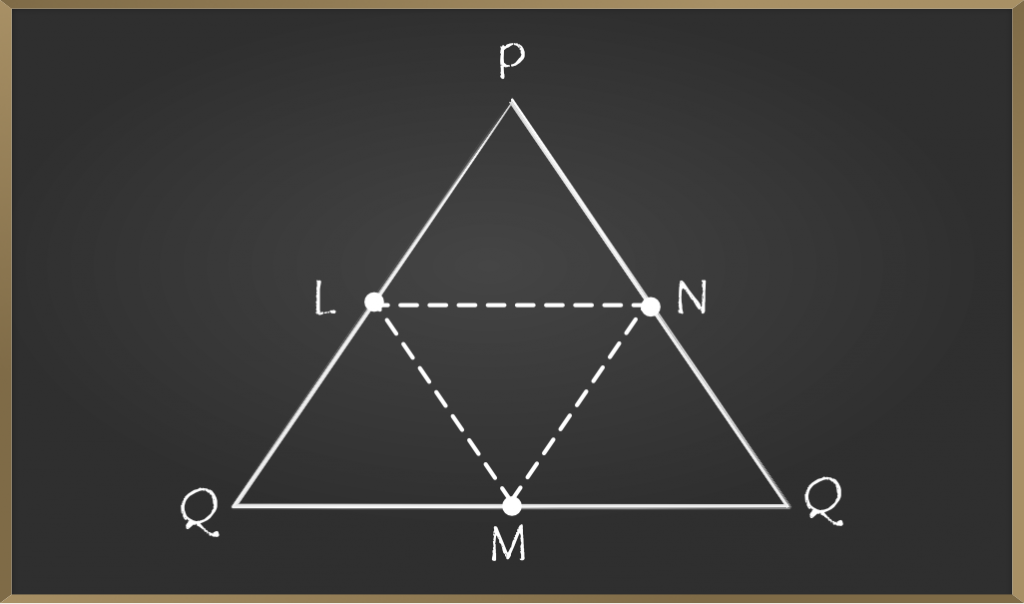 Solution: As L and N are mid-points

Therefore, the perimeter of △LMN is LM + MN + LN