Now follow the below steps to roll back the previous version of your Logic app:

Step 1: Inside of our Logic App, we’ll select “Version”. 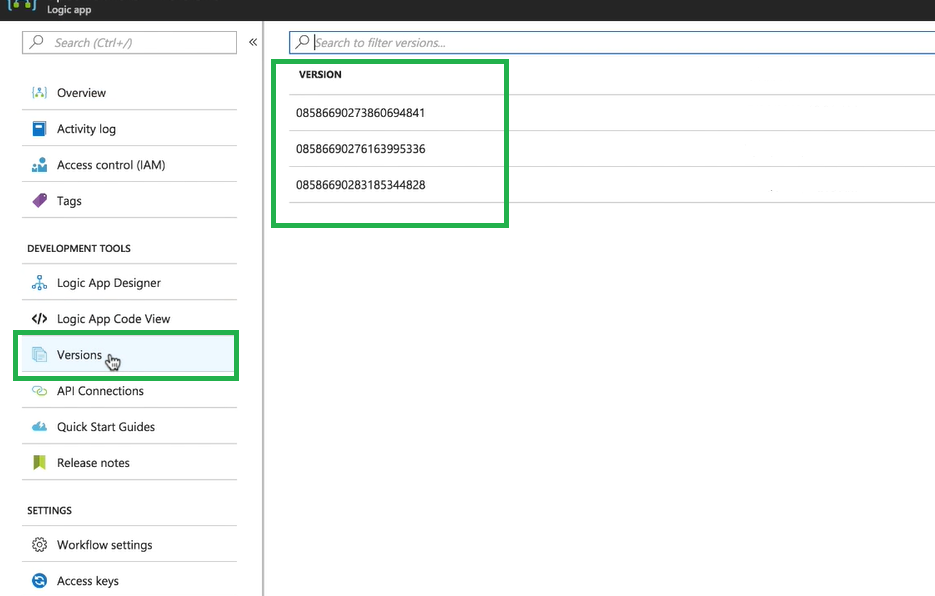 Step 2: Now we’ll be presented with the various versions that were saved of our Logic App. We could select one.

Step 3: Inside of the Azure portal, the designer will load with that previous version. We could click through these various sections and we can see what some of the differences might be. 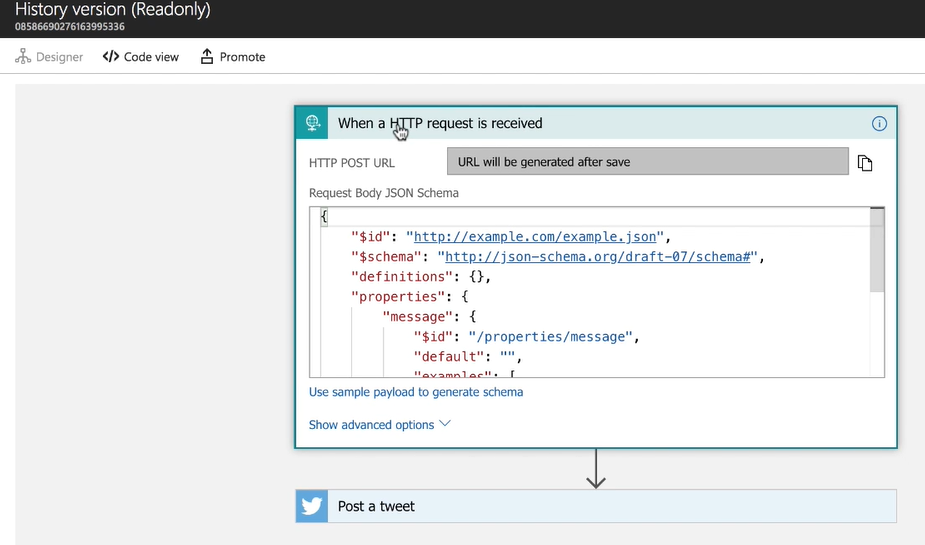 Step 4: If we wanted to promote this particular version to be the current version, we can click this “Promote” button. 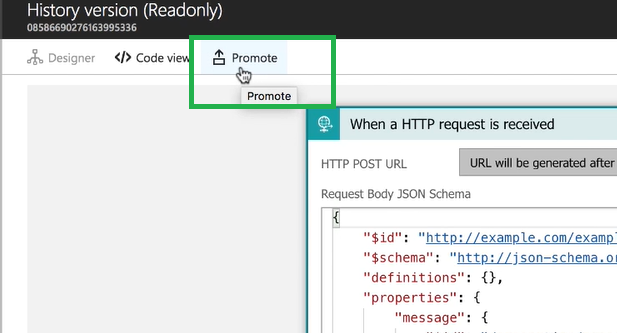 Now, this would be the current version of the Logic App that’s actually running.