The fundamental points of message passing are: 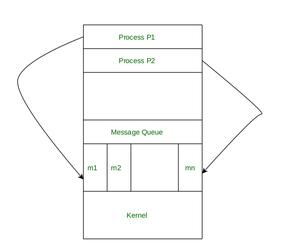