Note: One needs to remember that whenever there is a shortage of space in the heap and the system needs to allocate space for some new objects, the garbage collector is being called in the frequent intervals, causing to slow down of the application or sometime the application may crash.

Causes of Memory Leaks and Their Solutions

One should never use the Context as static, because that context will be available through the life of the application, and will not be restricted to the particular activity.

// this should not be done

Developers often take the advantage of the abstraction property because it provides the code maintenance and flexibility in code, but using abstraction might cost a bit to the developer, as while using abstraction one needs to write more code, more code means more time to execute the space and more RAM. So whenever one can avoid the abstraction in the code, it is code as it can lead to fewer memory leaks.

Many times the developer needs to register the local broadcast receiver in an activity. However, if the developer does not unregisters the broadcast receiver there is a strong chance that our app can lead to the memory leak problem as the receiver will hold a strong reference to the activity. So even if the activity is of no use, it will prevent the garbage collector to collect the activity for garbage collection, which will ultimately cause the memory leak.

An inner class is often used by the android developers within their code. However, the nonstatic class will hold the implicit reference of the parent class which can cause the memory leak problem. So there can be two solutions that can be proposed to solve this problem:

As it is known that when something cannot be seen, it is very difficult to fix it, same is the case with the memory leak, it cannot be seen, so it is very difficult to fix. But there are some tools that help us to detect the memory leaks in the android application and helps us to fix it. Let’s see some of the most popular tools:

Leak Canary is a memory detection library in Android. It is developed by a square cup company. This library has a unique ability to decrease down the memory leak and helping developers to get less “MemoryOutOfError”. Leak canary even helps us to notify where the leak is actually happening. To use Leak-Canary, add the following dependency in the build.gradle(app level file).

Once the leak canary is installed it automatically detects and reports memory leaks in 4 steps:

If one wants to dig deeper and learn how to leak canary report memory leaks can refer to the official documentation of leak canary.

To open the android profiler within the Android project in android studio, perform the following steps: Choose View > Tool Windows > Profiler > Select deployment target and choose the device. The performance of the app will be listed as shown as in the image below: 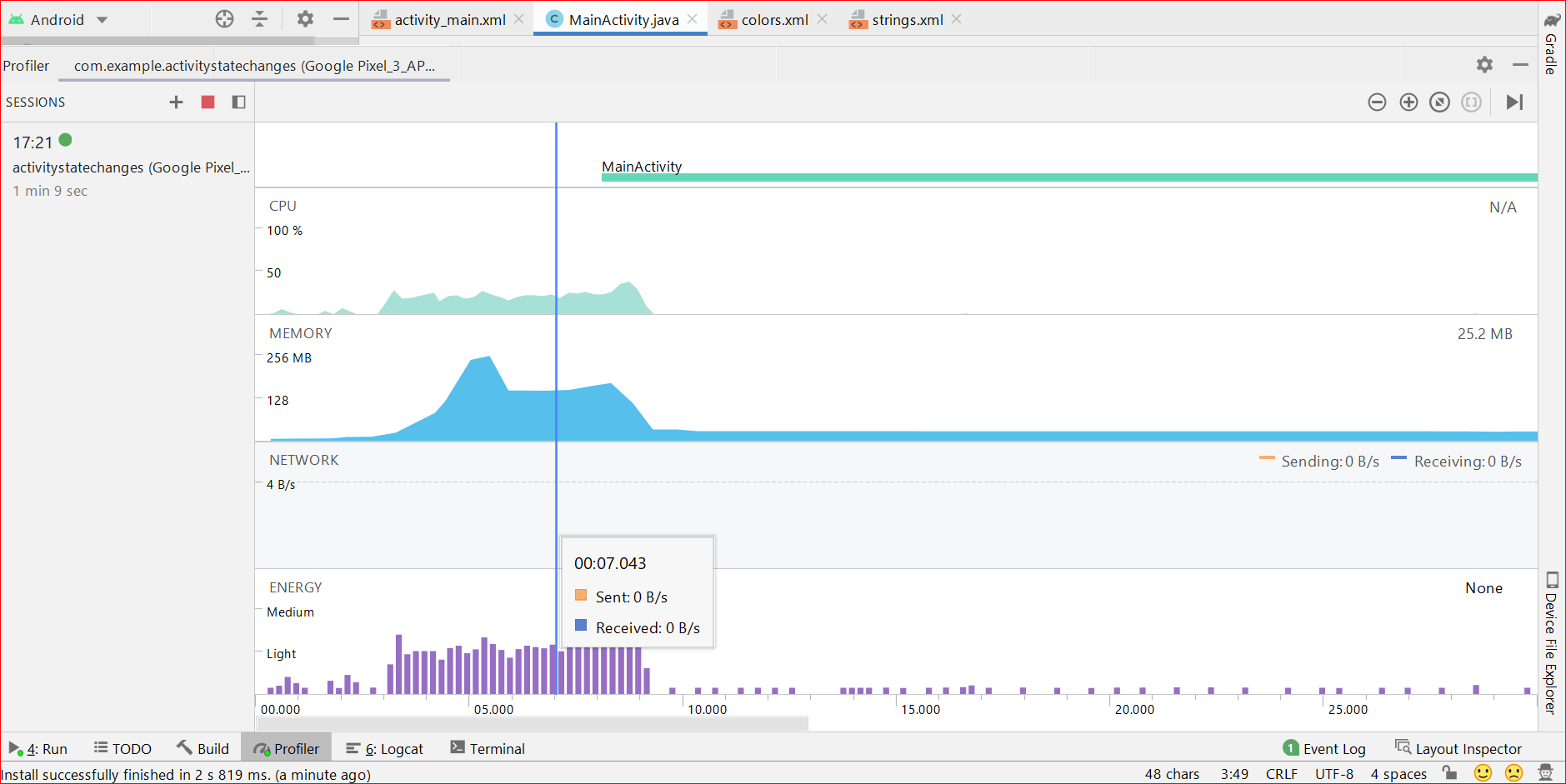