Memory Ballooning :
Memory ballooning is a feature of most virtualization platforms to make more efficient use of physical memory for virtual servers. Memory ballooning is a critical component of modern virtualized data storage architectures. With both physical and virtual assets requiring memory resources, a variety of methods for claiming, releasing, and reclaiming memory are required.

Memory ballooning is a common virtualization technology technique that makes use of virtual machine memory. Memory ballooning is a memory management feature found in most virtualization platforms that allows a host system to artificially expand its memory pool by utilizing or reclaiming unused memory previously allocated to various virtual machines.

This is accomplished by installing a balloon driver on the guest operating system, with which the hypervisor communicates when it needs to reclaim memory via ballooning.

You can think of it as “stretching” regular physical memory to a greater extent. This enables a server with 32 GB of memory to host up to 64 GB of virtual machines (actual mileage will vary based on the workloads).

What is a Hypervisor?
Memory ballooning occurs within the context of a virtualization hypervisor. A hypervisor is the technology that allows virtual machines to run by providing a virtual abstraction layer for software.

Today, several hypervisor technologies are widely used, including VMware ESXi, Microsoft Hyper-V, and the open source Xen and KVM technologies. Each hypervisor can be used to enable guest virtual machines, which run operating systems and applications in a virtualized fashion.

Process of Memory Ballooning :
Understanding how a hypervisor works is inextricably linked to understanding the memory ballooning process. A hypervisor abstracts finite system resources and then allocates them to virtual machine processes that are running. 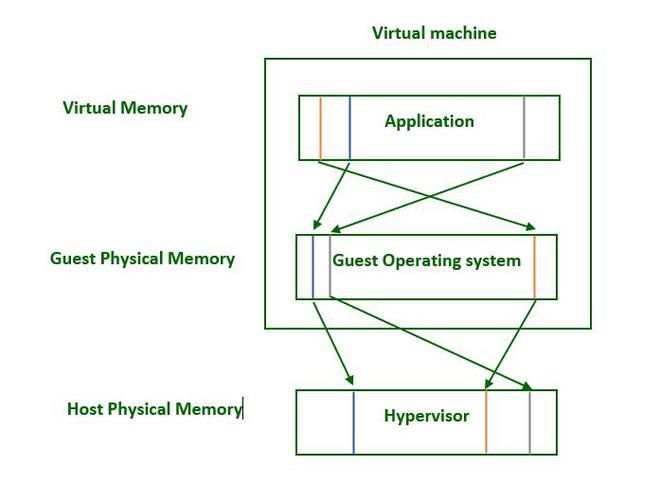 The balloon driver keeps track of memory allocations as they move from one virtual machine to the next. The primary goal of memory ballooning is to provide a virtual machine with the memory it requires to meet a spike in process or application demand. This occurs even if it does not normally have sufficient memory allocated to it.