We can visualize Rolle’s theorem from the figure(1) 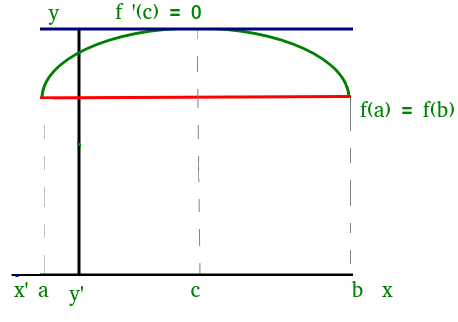 In the above figure the function satisfies all three conditions given above. So, we can apply Rolle’s theorem, according to which there exists at least one point ‘c’ such that:

which means that there exists a point at which the slope of the tangent at that is equal to 0. We can easily see that at point ‘c’ slope is 0. 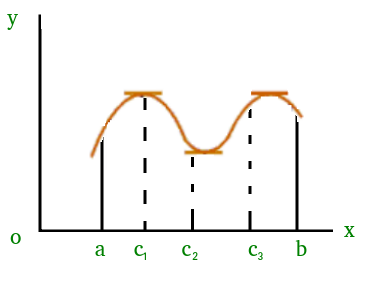 This article has been contributed by Saurabh Sharma.

If you would like to contribute, please email us your interest at contribute@geeksforgeeks.org