Given an array A[] consisting of N integers, the task is to find the maximum subset-sum possible if the sum of all the elements is negated if the first element of the array is included. An empty subset(having sum 0) can also be considered.

Naive Approach:
The simplest approach to solve the problem is to generate all possible subsets from the array and find the maximum subset-sum maxSum and the minimum subset-sum minSum by including the first element as a part of every subset. Finally, print the maximum of maxSum and -(minSum).
Time Complexity: O(2N)
Auxiliary Space: O(N)

Efficient Approach:
To optimize the above approach, consider the following two cases:

Detailed steps for each case are listed below:

Case 1: Excluding the first element A[0]

Case 2: Including the first element A[0]

In the end, maximum(maxSum1, maxsum2) will be the required answer.

Previous
Minimize cost to Swap two given Arrays
Next
Generate all possible permutations of a Number divisible by N
Related Articles
1. Largest possible Subset from an Array such that no element is K times any other element in the Subset
2. Find maximum subset sum formed by partitioning any subset of array into 2 partitions with equal sum
3. Split Array into K non-overlapping subset such that maximum among all subset sum is minimum
4. Maximum Sum possible by selecting X elements from a Matrix based on given conditions
5. Sum of maximum and minimum of Kth subset ordered by increasing subset sum
6. Create new Mobile Number by selecting maximum from ends after inserting pairwise absolute difference in middle
7. Minimum score possible for a player by selecting one or two consecutive array elements from given binary array
8. Maximize sum possible by selecting K array elements followed by decrementing them by 1
9. Find minimum pair sum by selecting element from 2nd array at index larger than 1st array
10. Maximum size of subset such that product of all subset elements is a factor of N
Article Contributed By : 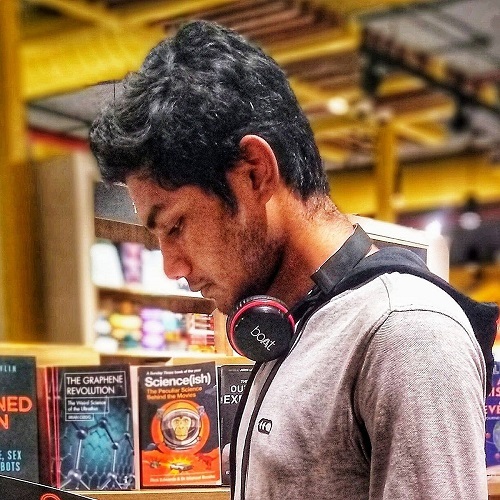