An RGB image can be viewed as three different images(a red scale image, a green scale image and a blue scale image) stacked on top of each other, and when fed into the red, green and blue inputs of a colour monitor, it produces a colour image on the screen.

An RGB image is sometimes referred to as a true colour image as the precision with which a real-life image can be replicated has led to the nickname “true colour image.” 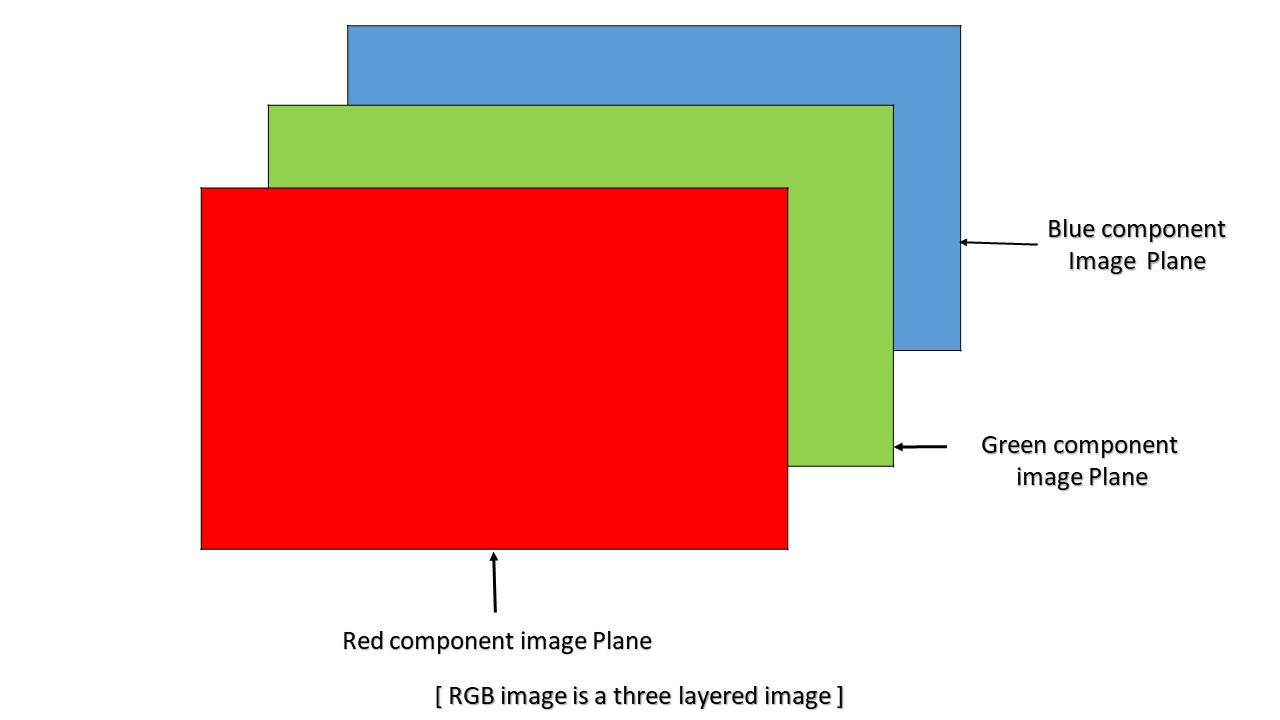 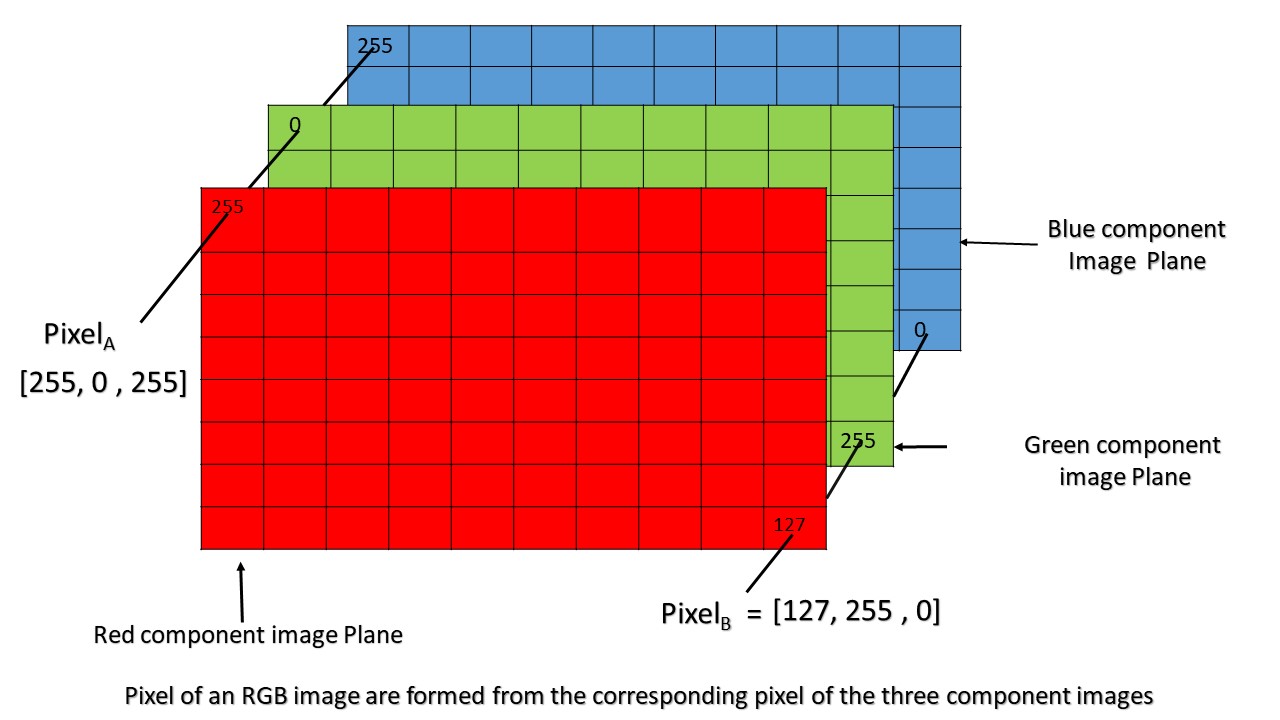 As can be seen in the above image, Pixel(A) has value (255, 0, 255) and is determined by the combination of intensities stored in the red colour plane, green colour plane and blue colour plane respectively.

Bit depth:
The number of bits used to store a pixel value of component image determines the bit depth of an RGB image. For example, if each colour component image is an 8-bit image, the RGB image will be said to have 24 bit deep.