MapReduce and HDFS are the two major components of Hadoop which makes it so powerful and efficient to use. MapReduce is a programming model used for efficient processing in parallel over large data-sets in a distributed manner. The data is first split and then combined to produce the final result. The libraries for MapReduce is written in so many programming languages with various different-different optimizations. The purpose of MapReduce in Hadoop is to Map each of the jobs and then it will reduce it to equivalent tasks for providing less overhead over the cluster network and to reduce the processing power. The MapReduce task is mainly divided into two phases Map Phase and Reduce Phase. 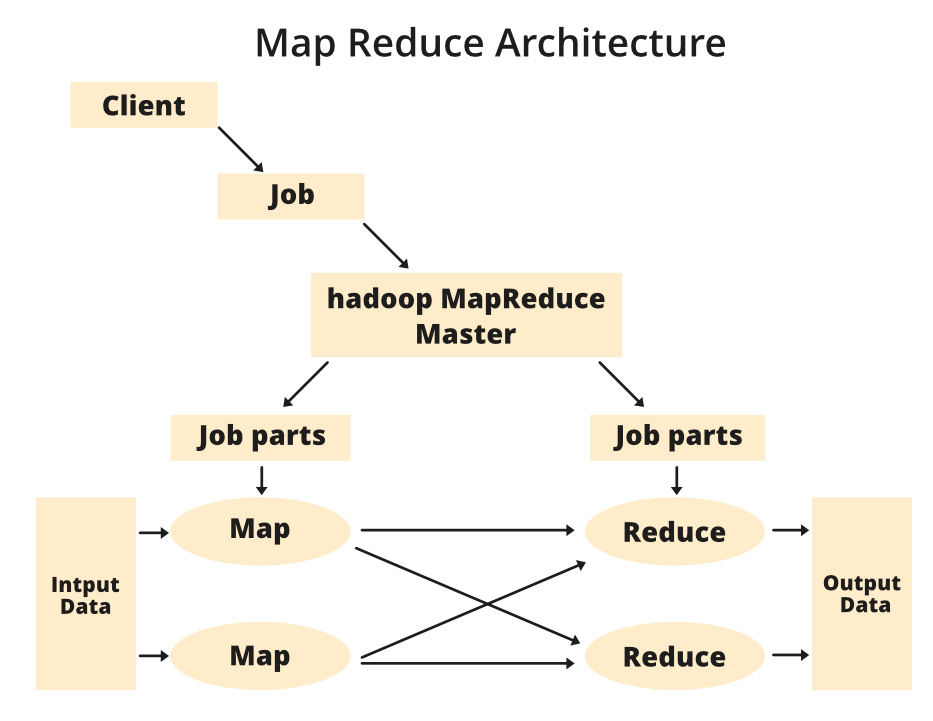 In MapReduce, we have a client. The client will submit the job of a particular size to the Hadoop MapReduce Master. Now, the MapReduce master will divide this job into further equivalent job-parts. These job-parts are then made available for the Map and Reduce Task. This Map and Reduce task will contain the program as per the requirement of the use-case that the particular company is solving. The developer writes their logic to fulfill the requirement that the industry requires. The input data which we are using is then fed to the Map Task and the Map will generate intermediate key-value pair as its output. The output of Map i.e. these key-value pairs are then fed to the Reducer and the final output is stored on the HDFS. There can be n number of Map and Reduce tasks made available for processing the data as per the requirement. The algorithm for Map and Reduce is made with a very optimized way such that the time complexity or space complexity is minimum.

Let’s discuss the MapReduce phases to get a better understanding of its architecture:

How Job tracker and the task tracker deal with MapReduce: