Mann and Whitney U test

Mann and Whitney’s U-test or Wilcoxon rank-sum test is the non-parametric statistic hypothesis test that is used to analyze the difference between two independent samples of ordinal data. In this test, we have provided two randomly drawn samples and we have to verify whether these two samples is from the same population.

The assumption for Mann-Whitney U test:

The advantage of using the Mann-Whitney U test is that it has no effect because of the outliers as it considers the median instead of the mean for the test.

Steps for Performing the Mann Whitney U test: 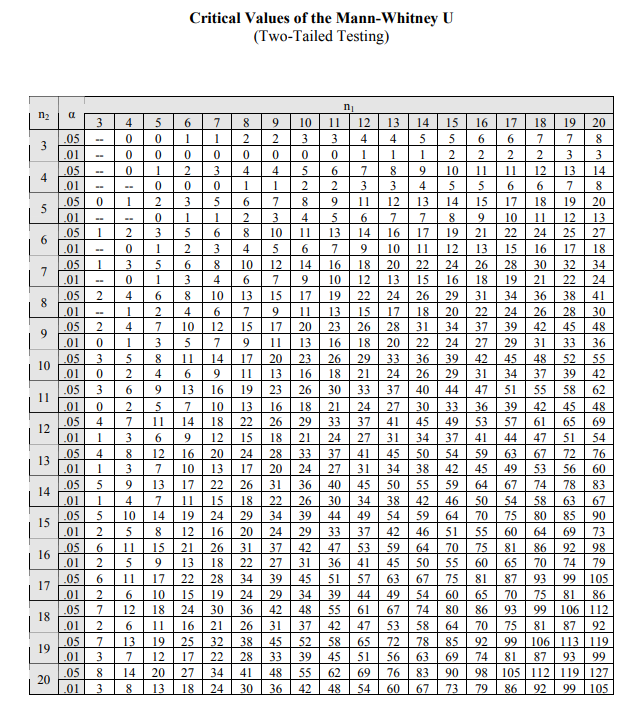