In Mobile Ad hoc Network (MANET), nodes do not know the topology of their network, instead they have to discover it by their own as the topology in the ad-hoc network is dynamic topology. The basic rules is that a new node whenever enters into an ad-hoc network, must announce its arrival and presence and should also listen to similar announcement broadcasts made by other mobile nodes. 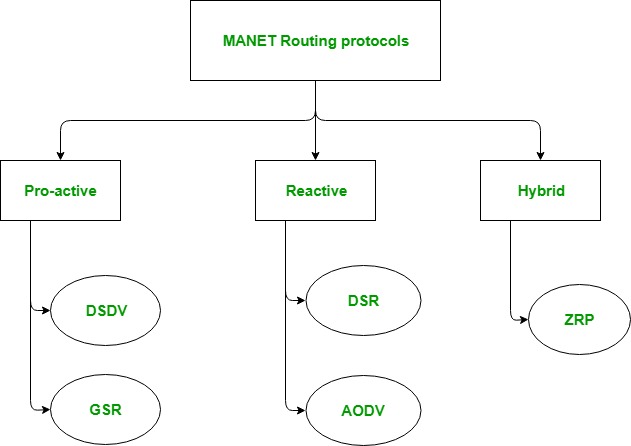 Since the topology in the mobile ad-hoc network is dynamic, these routing tables are updated periodically as and when the network topology changes. It has a limitation that it doesn’t work well for the large networks as the entries in the routing table becomes too large since they need to maintain the route information to all possible nodes.

2. Reactive routing protocols: These are also known as on-demand routing protocol. In this type of routing, the route is discovered only when it is required/needed. The process of route discovery occurs by flooding the route request packets throughout the mobile network. It consists of two major phases namely, route discovery and route maintenance.

3. Hybrid Routing protocol: It basically combines the advantages of both, reactive and pro-active routing protocols. These protocols are adaptive in nature and adapts according to the zone and position of the source and destination mobile nodes. One of the most popular hybrid routing protocol is Zone Routing Protocol (ZRP). 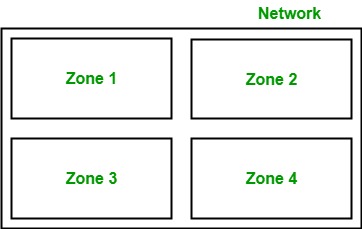 To avoid the problems with routing in MANET, routing protocols should have following characteristics: