Man in the Middle attack in Diffie-Hellman Key Exchange

Diffie-Hellman Key Exchange algorithm is an advanced cryptographic method used to establish a shared secret (or shared secret key) that can be used to perform secret communication on a public network between Alice and Bob while preventing Eve (eavesdropper), who can eavesdrop on all their communication, from learning the generated secret.

Security Threat of the Diffie-Hellman

Let’s assume that the eavesdropper EVE knows the public values p and g like everyone else, and from her eavesdropping, she learns the values exchanged by Alice and Bob, gᵃ mod p and gᵇ mod p, as well. With all her knowledge, she still can’t compute the secret key S, as it turns out, if p and g are properly chosen, it’s very, very hard for her to do.

For instance, you could brute force it and try all the options, but The calculations (mod p) make the discrete log calculation super slow when the numbers are large. If p and g have thousands of bits, then the best-known algorithms to compute discrete logs, although faster than plain brute force, will still take millions of years to compute.

Even with its immunity to brute force, it’s vulnerable to MITM (man in the middle position).

Man in the Middle (MITM) against Diffie-Hellman:

A malicious Malory, that has a MitM (man in the middle) position, can manipulate the communications between Alice and Bob, and break the security of the key exchange.

Step by Step explanation of this process:

Step 1: Selected public numbers p and g, p is a prime number, called the “modulus” and g is called the base. 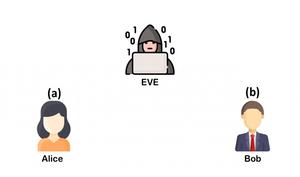 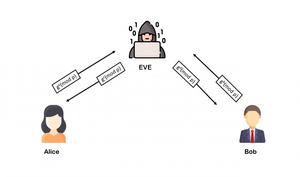 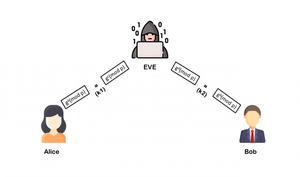 Step 5: If Alice uses S1 as a key to encrypt a later message to Bob, Malory can decrypt it, re-encrypt it using S2, and send it to Bob. Bob and Alice won’t notice any problem and may assume their communication is encrypted, but in reality, Malory can decrypt, read, modify, and then re-encrypt all their conversations.

Previous
Python Pillow - ImageDraw Module
Next
Crontab - Running a Python script with parameters
Related Articles
1. Find the speed of the stream from the speed of the man given in both upstream and downstream
2. Python - Extract target key from other key values
3. Python - Filter key's value from other key
4. Python - Extract Key's Value, if Key Present in List and Dictionary
5. Python | Get the real time currency exchange rate
6. Understanding Rainbow Table Attack
7. Birthday attack in Cryptography
8. How to Detect ARP Spoof Attack using Scapy in Python?
9. Difference between DOS and DDOS attack
10. How to Make a DNS Spoof attack using Scapy in Python?
Article Contributed By :