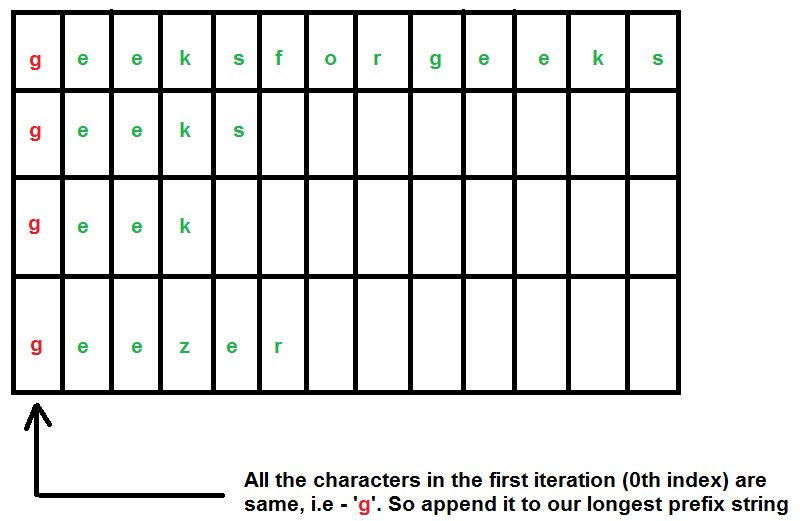 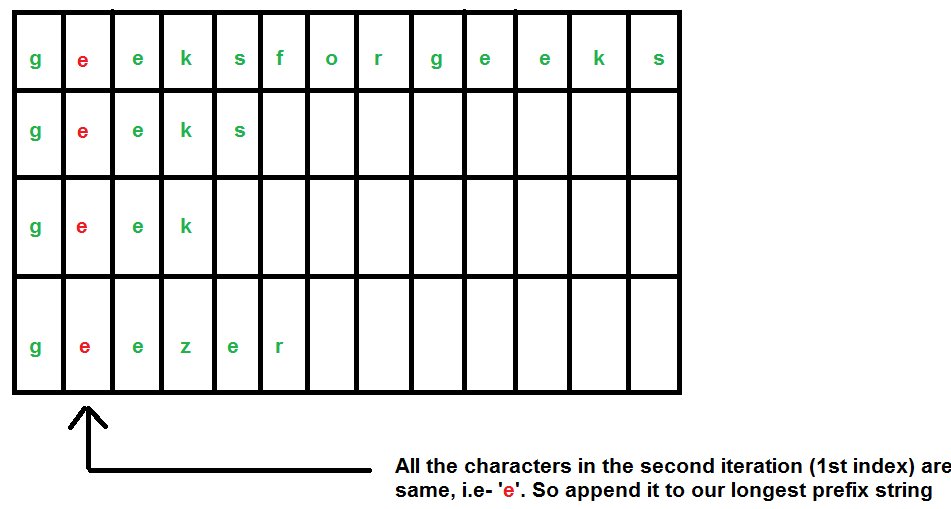 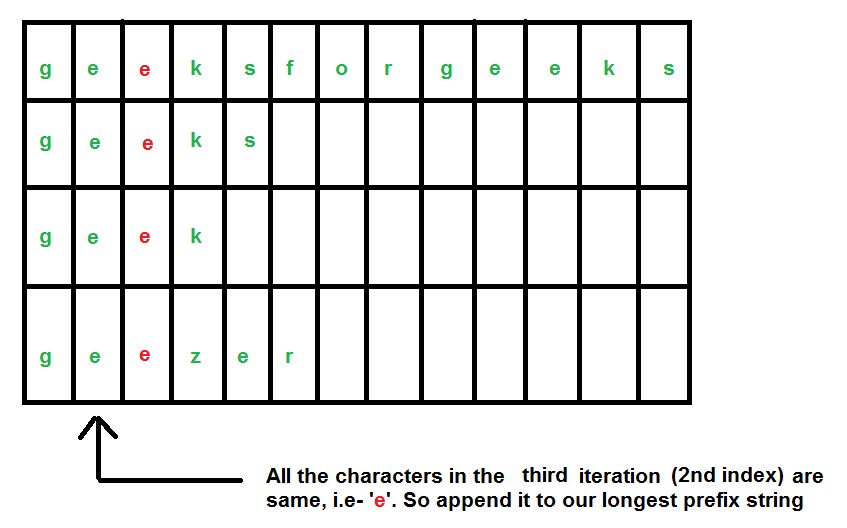 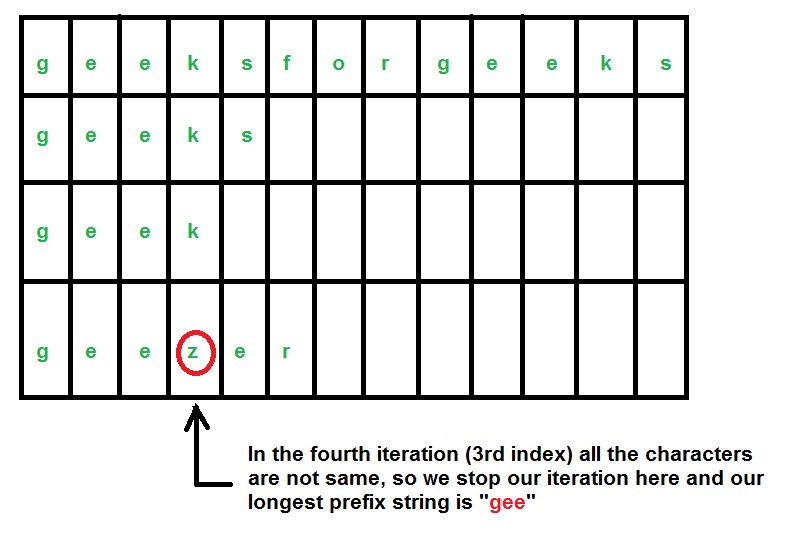 How is this algorithm better than the “Word by Word Matching” algorithm ?-

This algorithm has a huge advantage when there are too many strings.

Time Complexity : Since we are iterating through all the characters of all the strings, so we can say that the time complexity is O(N M) where,

Time complexity: O(n*m) where n is total number of strings and m is length of the smallest string among all strings.
Auxiliary space: O(1)