Given an array arr[] of size N, consisting of positive and negative integers, the task is to find the longest alternating subsequence(i.e. the sign of every element is opposite to that of its previous element) from the given array which has the maximum sum.
Examples:

Follow the steps below to solve the problem efficiently: 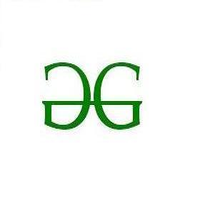