Logical and Cartesian Indexing in Julia

Julia, like most technical computing languages, provides a first-class array implementation with very important functions that make working with N-Dimensional arrays quite easy. One of the latest features, the dot(.) based broadcasting makes most of the “repetitive” array operations, a one-lined code.

Indexing into arrays in Julia is similar to it’s counterparts.
Syntax:

where each index_k may be a scalar integer, an array of integers, or an object that represents an array of scalar indices.

Array Indexing in Julia is of two types:

Cartesian Coordinates give the location of a point in 1D, 2D or 3D plane. Cartesian Indices have similar behavior. They give the value of element stored in a 1D, 2D, 3D or n-D array.
For scalar indices, CartesianIndex{N}s, behave like an N-tuple of integers spanning multiple dimensions while array of scalar indices include Arrays of CartesianIndex{N}
Syntax:

The above syntax creates a multidimensional index I, which can be used for indexing a multidimensional array arr. We can say that, arr[I] is equivalent to arr[i, j, k…]. It is allowed to mix integer and CartesianIndex indices.
Example : 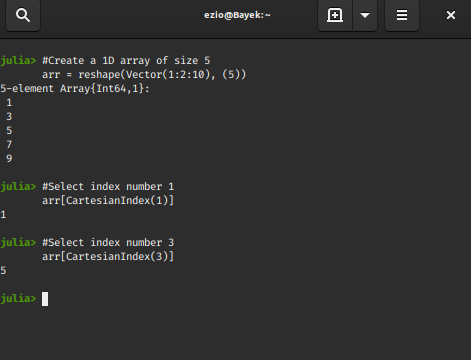 CartesianIndexing for a 2D array: 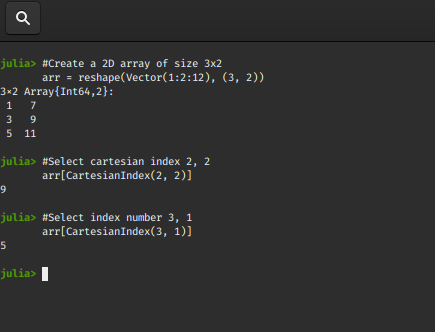 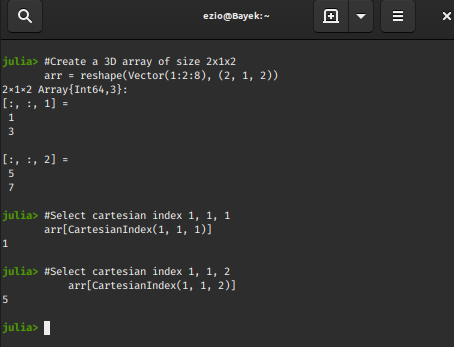 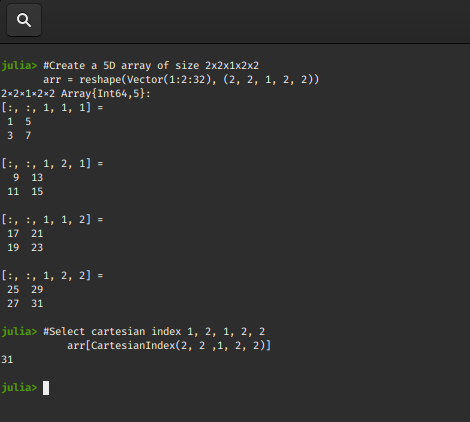 From the above examples, it becomes pretty clear that CartesianIndex simply gathers multiple integers together into one object that represents a single multidimensional index.
Having discussed scalar representations, let’s talk about arrays of CartesianIndex{N}, which represent a collection of scalar indices each spanning N dimensions, such form of indexing is referred to as “pointwise” indexing.

Array based CartesianIndexing for 1D Array: 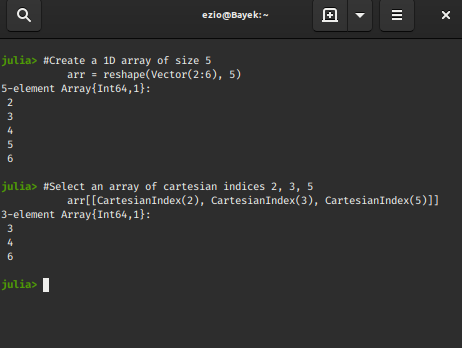 Array based CartesianIndexing for 2D Array: 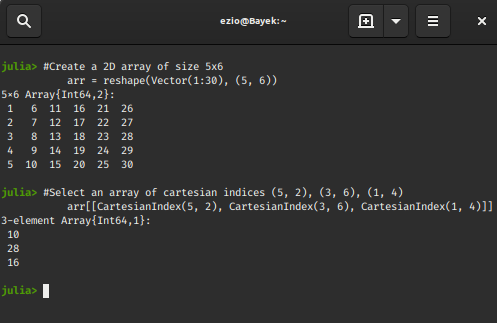 Array based CartesianIndexing for 3D array: 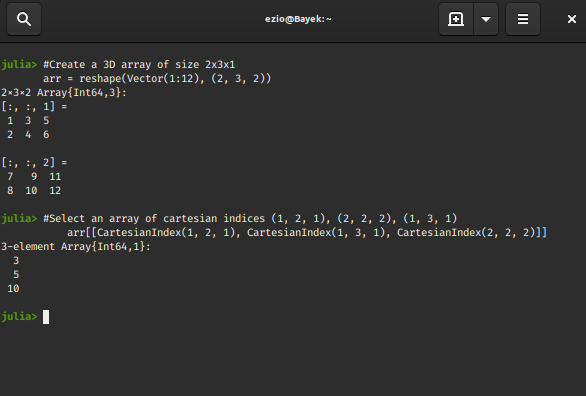 Array based CartesianIndexing for nD array: 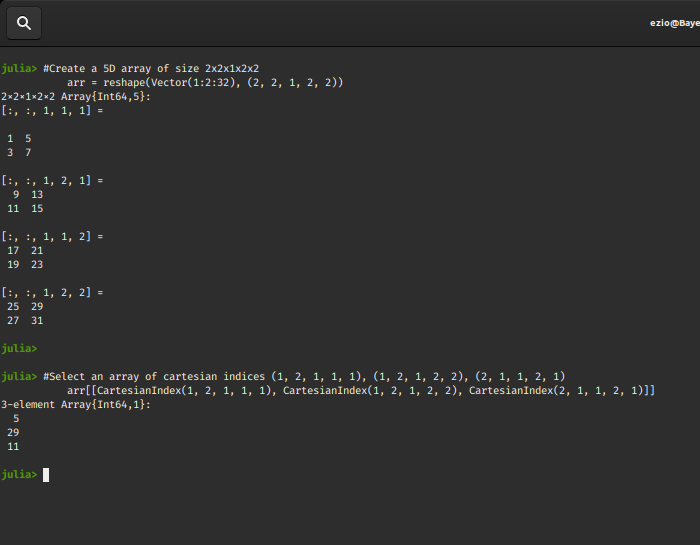 This is really useful, in case we want to select specific elements of an array if they are not in order. But what if we have an array of 1000 and we need to extract 100 elements, it’ll be quite tedious!
This is where dot(.) broadcasting comes into play. 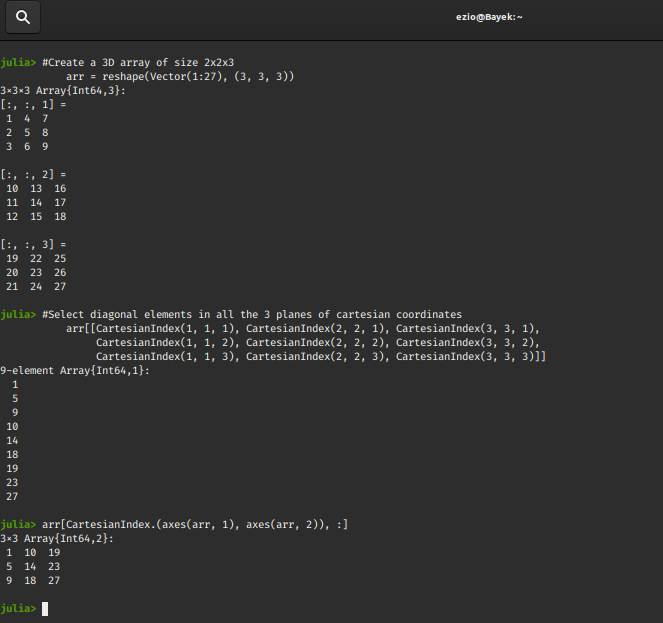 How efficiently we have been able to reduce our code in the third step!!

What should we do with Cartesian Indexing ?
We observe, CartesianIndices bear close resemblence to Cartesian coordinates and function in a similar way.
Example:

In computing/electronics, the basis is a logic that is deterministic in nature. It is:

Example : Implementation of a logical mask 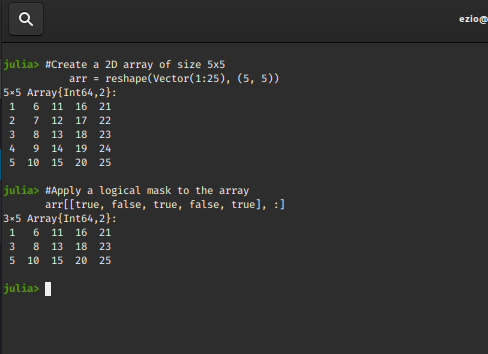 Any condition that yields a boolean value can be used as a mask.
Example for 1D array: 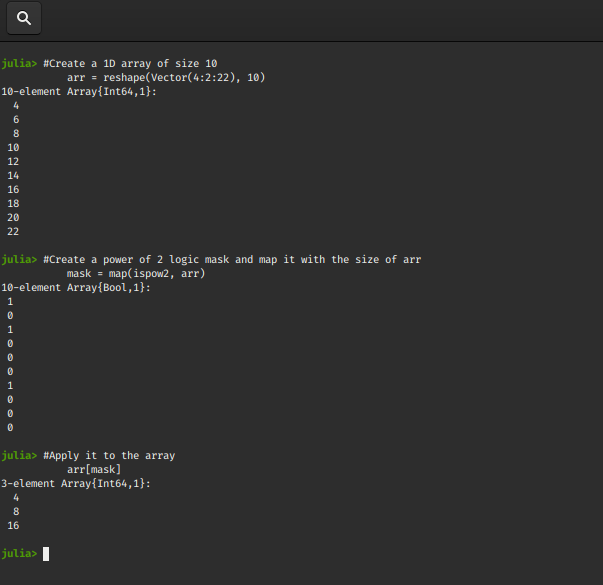 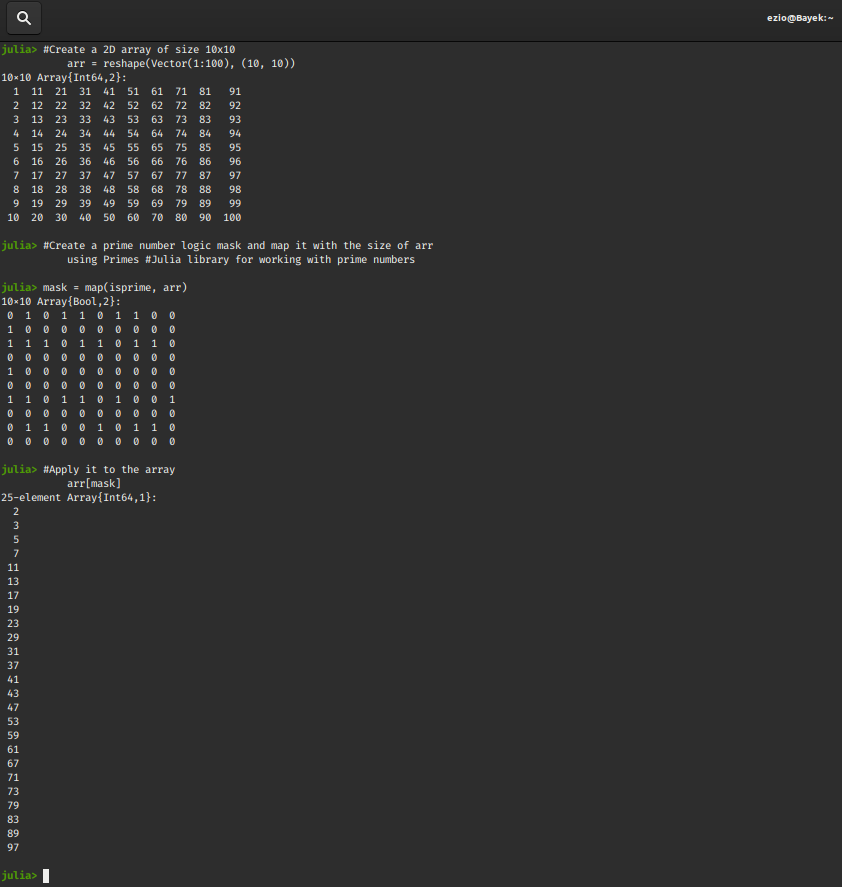 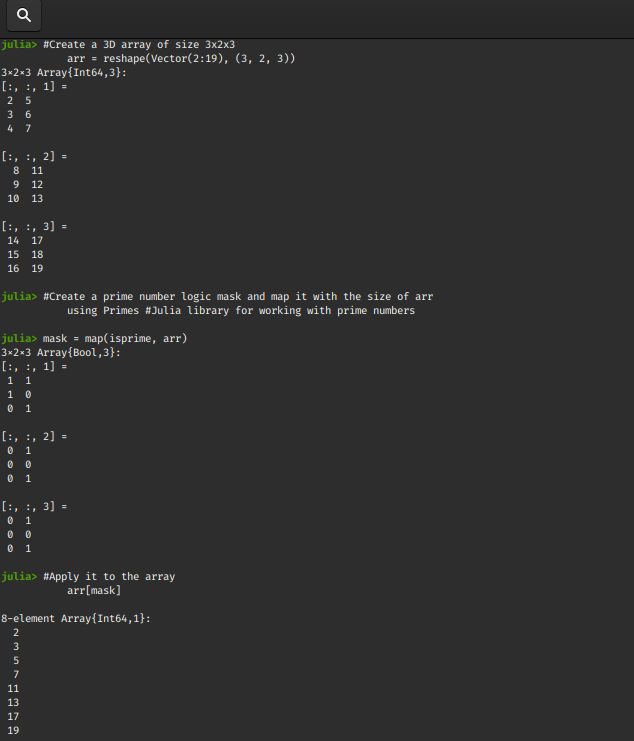 One of the most used cases of logical indexing is when we want to filter elements out of an array on the basis of multiple conditions.
Example: 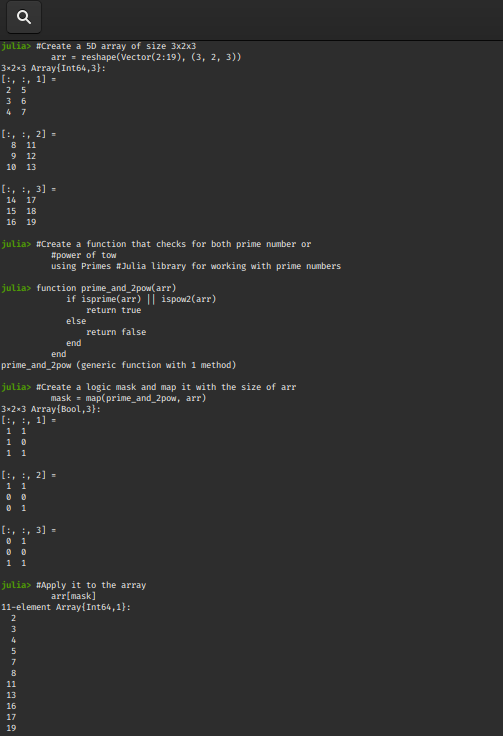 Complete Interview Preparation
View Details
System Design-Live Classes for Working Professionals
View Details
Most popular in Julia
Most visited in Programming Language
We use cookies to ensure you have the best browsing experience on our website. By using our site, you acknowledge that you have read and understood our Cookie Policy & Privacy Policy