Link Access Procedure, Balanced (LAPB) is basically a layer 2 protocol that is required in many control protocols like X.25. It was developed by ITU-T, OF Link Access Procedure (LAP) that itself comes from High-Level Data Link Control (HDLC). It runs at Layer 2 i.e. Data Link Layer (DLL) of the OSI Model.

It is generally a balanced protocol that usually operates in Asynchronous Balanced Mode (ABM). It is a bit-oriented protocol that is basically derived from HDLC. It is used to ensure that all of data frames or packets are error-free and are in the correct sequence or not. It is also capable of placing frames in the correct order and sequence and also capable as checking packets or frames for errors i.e., error detection and then relieves higher-level protocols from having to perform all of these functions. LAPB Sessions can be developed and established by either Data Terminal Equipment (DTE) or Data Circuit-Terminating Equipment (DCE).

Frame Format :
LAPB Frame usually contains a header and trailer that basically encapsulate a packet or frame formed by X.25 Packet Layer Protocol (PLP). It also provides mechanism for transporting and transmitting data frames or packets across a link. 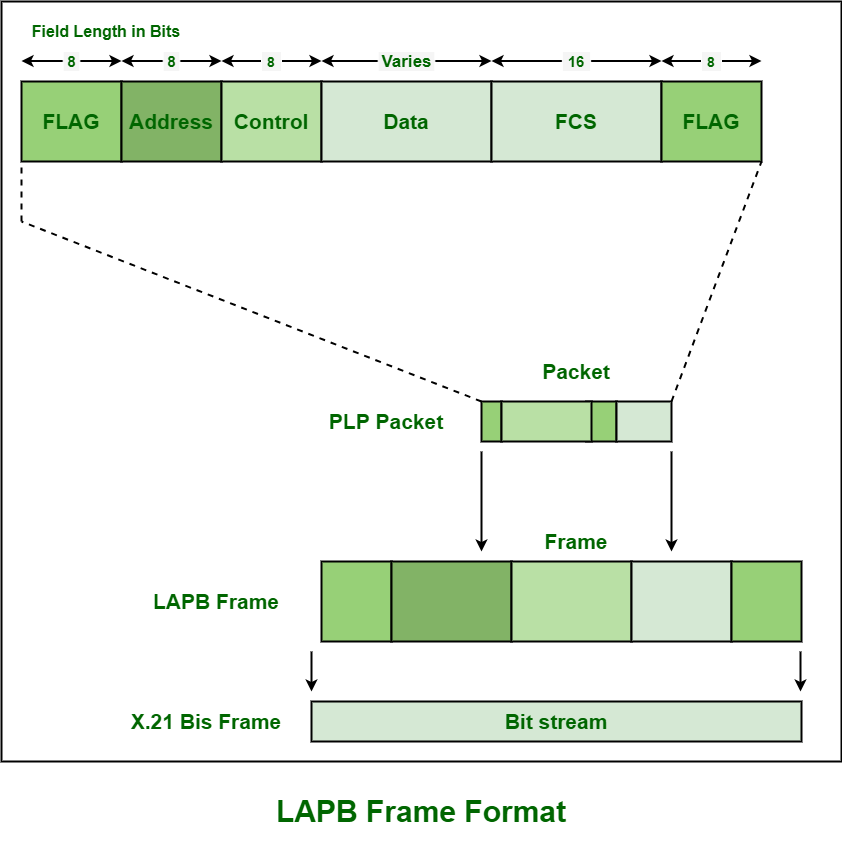