LifecycleObserever with Activities in Android

Note: This discussion is implemented using the Kotlin language.

Steps to implement the LifecycleObserever for the Android Application

Create an empty activity Android studio project and select Kotlin as the programming language. Refer Android | How to Create/Start a New Project in Android Studio?

Add the following dependencies, to the app-level Gradle file. The dependencies are of the Lifecycle

// Lifecycles only (without ViewModel or LiveData)

Note: The version may differ in future.

And also enable the kapt plugin inside the plugins under the app-level gradle file.

If unable to get how to add dependencies have look at the following images. 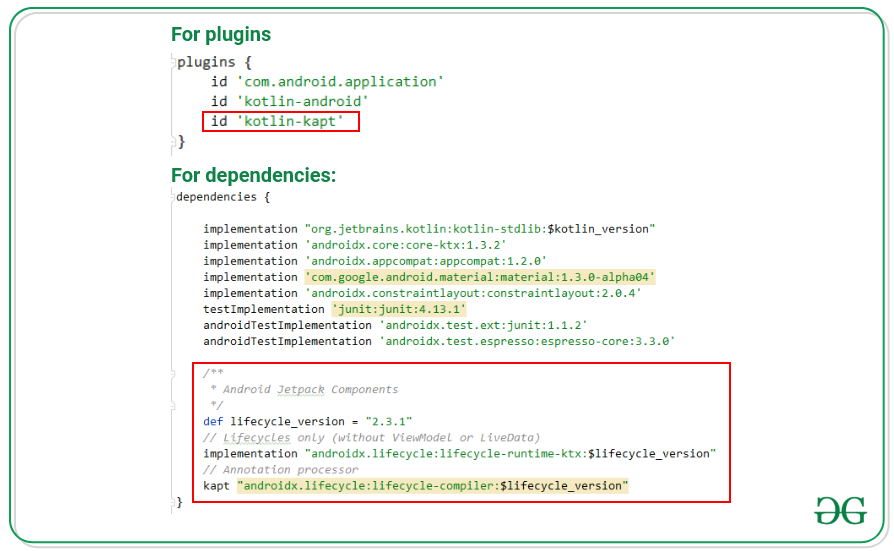 Now there is a need to inform the activity by attaching the observer MainActivityObserver so that the desired tasks can be performed as the state of the activity changes. Invoke the following code inside the MainActivity.kt file.

Here the output is being shown in the logcat as there is an info logging statement inside the observer class.