Lifecycle and States of a Thread in C# 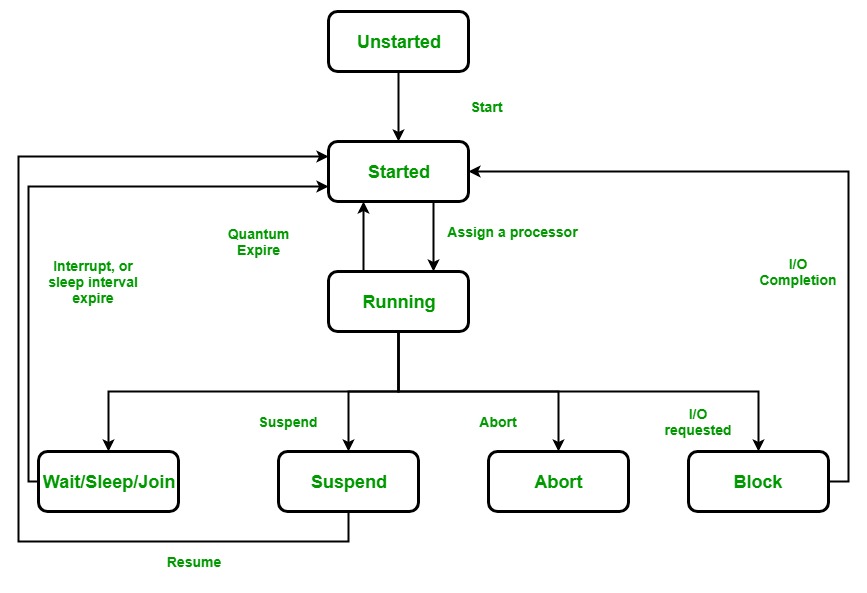 In C#, to get the current state of the thread, use ThreadState or IsAlive property provided by the Thread class.
Syntax: