Life cycle of Objects in C++ with Example 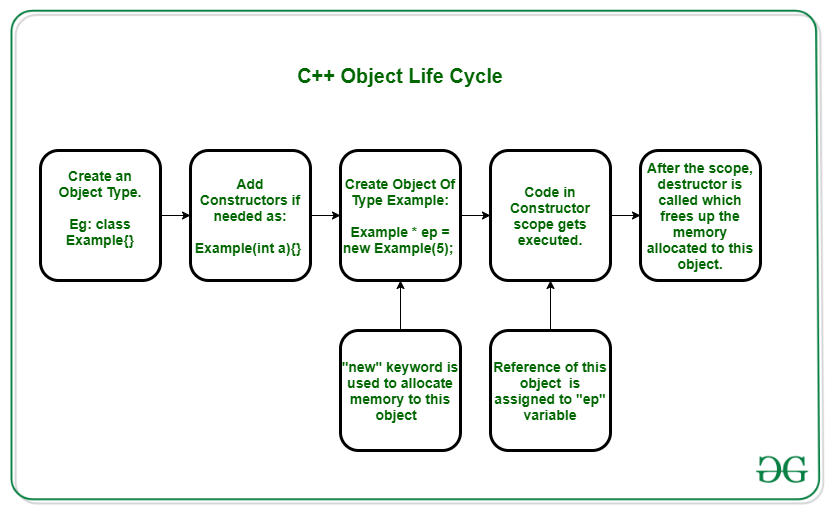 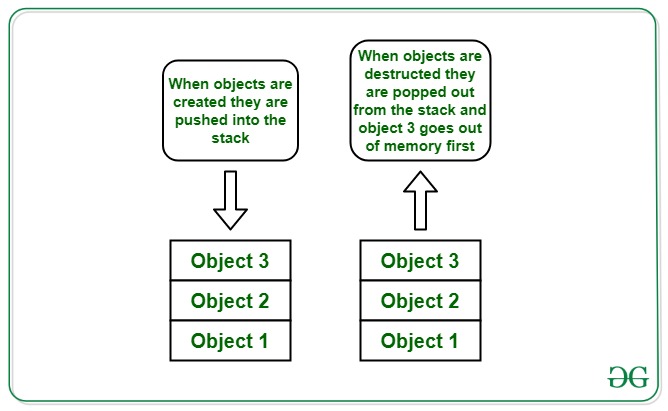 My Personal Notes arrow_drop_up
Previous
Difference between virtual function and inline function in C++
Next
Features of C++ 17
Recommended Articles
Page :
Degree of a Cycle Graph
11, Oct 18
Draw a moving cycle using computer graphics programming in C/C++
01, Aug 21
C++ Program for Cycle Sort
03, Feb 17
Number of Hamiltonian cycle
14, Feb 19
Coloring a Cycle Graph
06, Oct 18
When are static objects destroyed?
31, May 14
Comparing String objects using Relational Operators in C++
28, Jun 17
Read/Write Class Objects from/to File in C++
16, Jul 17
Count the number of objects using Static member function
15, Nov 17
Passing and Returning Objects in C++
04, Feb 19
How to initialize Array of objects with parameterized constructors in C++
15, Apr 20
Introduction to Complex Objects and Composition
20, Jun 20
Deletion of array of objects in C++
17, Jan 21
Array of Objects in C++ with Examples
10, Nov 21
Reference to Dynamic Objects in C++
04, Mar 22
Passing array of objects as parameter in C++
25, Jan 21
How to make a C++ class whose objects can only be dynamically allocated?
23, Sep 13
How to Restrict Dynamic Allocation of Objects in C++?
02, Feb 14
C++ Classes and Objects
20, May 17
Function Interposition in C with an example of user defined malloc()
22, Feb 16
fseek() in C/C++ with example
15, May 17
std::search_n with example in C++
21, Jul 17
tellp() in file handling with c++ with example
12, Oct 17
Command line arguments example in C
30, Nov 17
Article Contributed By :