Length of longest straight path from a given Binary Tree

Given a Binary Tree, the task is to find the length of the longest straight path of the given binary tree.

Straight Path is defined as the path that starts from any node and ends at another node in the tree such that the direction of traversal from the source node to the destination node always remains the same i.e., either left or right, without any change in direction that is left->left ->left or right->right->right direction. 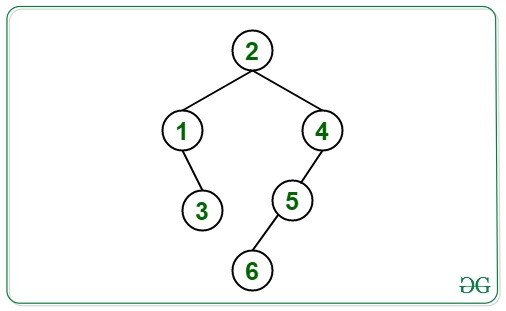 Output: 2
Explanation:
The path shown in green is the longest straight path from 4 to 6 which is of length 2. 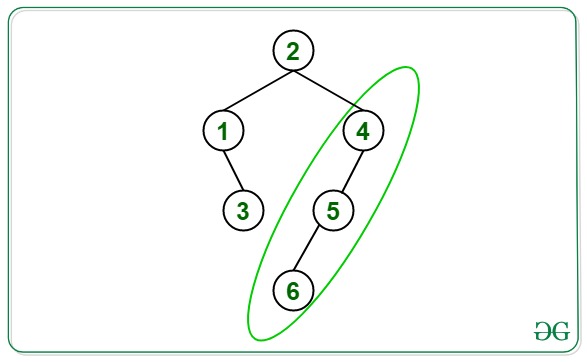 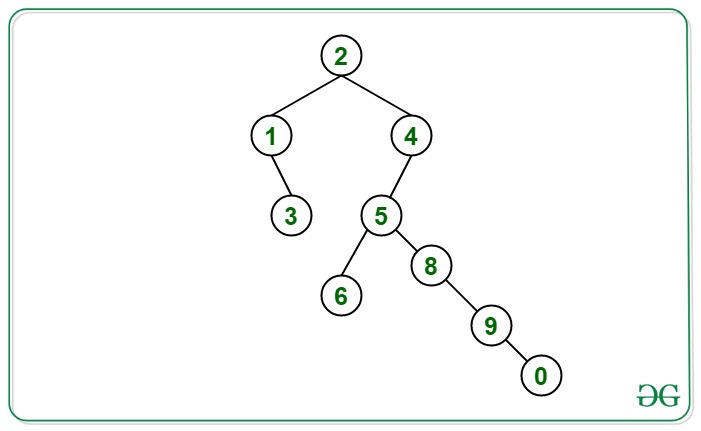 Output: 3
Explanation:
The path shown in green is the longest straight path from 5 to 0 which is of length 3. 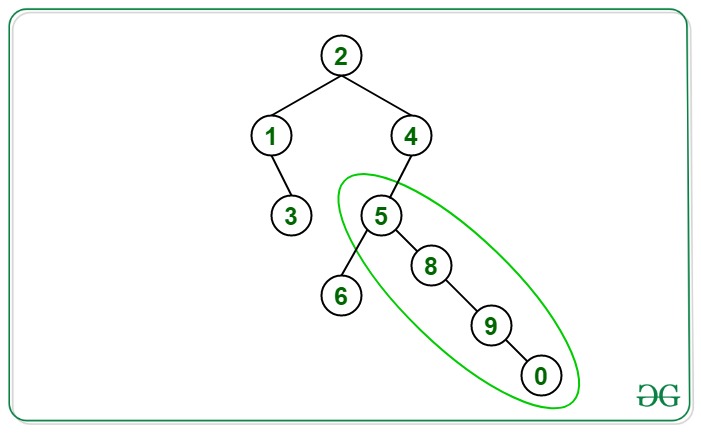 Approach: The idea is to use the Postorder traversal. Follow the steps below to solve the problem:

My Personal Notes arrow_drop_up
Previous
Minimize subarray increments/decrements required to reduce all array elements to 0
Next
Maximum distinct nodes in a Root to leaf path
Recommended Articles
Page :
Minimize cost to reach end of an N-length straight path
02, Mar 21
Longest Arithmetic Progression path in given Binary Tree
23, Jan 22
Print the longest path from root to leaf in a Binary tree
03, Jul 20
Longest path to the bottom of a Binary Tree forming an Arithmetic Progression
14, Jun 21
Print the longest leaf to leaf path in a Binary tree
24, May 18
Longest Path with Same Values in a Binary Tree
25, Feb 18
Maximum Consecutive Increasing Path Length in Binary Tree
25, Sep 16
Complexity of different operations in Binary tree, Binary Search Tree and AVL tree
19, Jan 18
Length of the longest path ending at vertex V in a Graph
16, Mar 21
Queries to calculate sum of the path from root to a given node in given Binary Tree
01, Mar 21
Check if all elements of given Linked List corresponds to a downward path from any node in given Binary Tree
08, Oct 21
Construct a Tree whose sum of nodes of all the root to leaf path is not divisible by the count of nodes in that path
19, Mar 21
Find if path length is even or odd between given Tree nodes for Q queries
01, Sep 21
Longest path in an undirected tree
05, Mar 17
Check whether a given binary tree is skewed binary tree or not?
18, Nov 18
Print path from a node to root of given Complete Binary Tree
20, Dec 20
Maximum product of any path in given Binary Tree
09, Mar 22
Print path from root to a given node in a binary tree
18, Jun 17
Sort the path from root to a given node in a Binary Tree
11, Oct 18
Length of longest subarray of length at least 2 with maximum GCD
07, May 20
Generate an N-length string having longest palindromic substring of length K
14, Dec 20
Maximum sub-tree sum in a Binary Tree such that the sub-tree is also a BST
20, Mar 19
Convert a Generic Tree(N-array Tree) to Binary Tree
29, Oct 20
Length of Longest Increasing Subsequences (LIS) using Segment Tree
15, Oct 21
Article Contributed By :