This method is used in the sequential learning algorithm for learning the rules. It returns a single rule that covers at least some examples (as shown in Fig 1). However, what makes it really powerful is its ability to create relations among the attributes given, hence covering a larger hypothesis space. 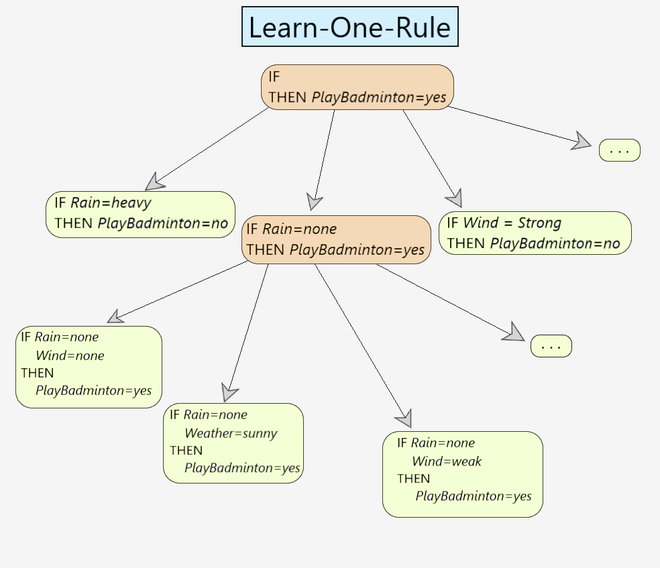 The Learn-One-Rule algorithm follows a greedy searching paradigm where it searches for the rules with high accuracy but its coverage is very low. It classifies all the positive examples for a particular instance. It returns a single rule that covers some examples.

It involves a PERFORMANCE method that calculates the performance of each candidate hypothesis. (i.e. how well the hypothesis matches the given set of examples in the training data.

It starts with the most general rule precondition, then greedily adds the variable that most improves performance measured over the training examples.

Let us understand the working of the algorithm using an example:

You can refer to Fig 1. for a better understanding of how the best-hypothesis is obtained. [Step 5 & 6]

Sequential Learning Algorithm uses this algorithm, improving on it and increasing the coverage of the hypothesis space. It can be modified to accept an argument that specifies the target value of interest.