LCD stands for Liquid Crystal Display. It is a flat panel display technology, mainly used in TVs and computer monitors, nowadays it is used for mobile phones also. These LCDs are completely different from that old CRT displays, it uses liquid crystals instead of cathode ray in its primary form of operation. 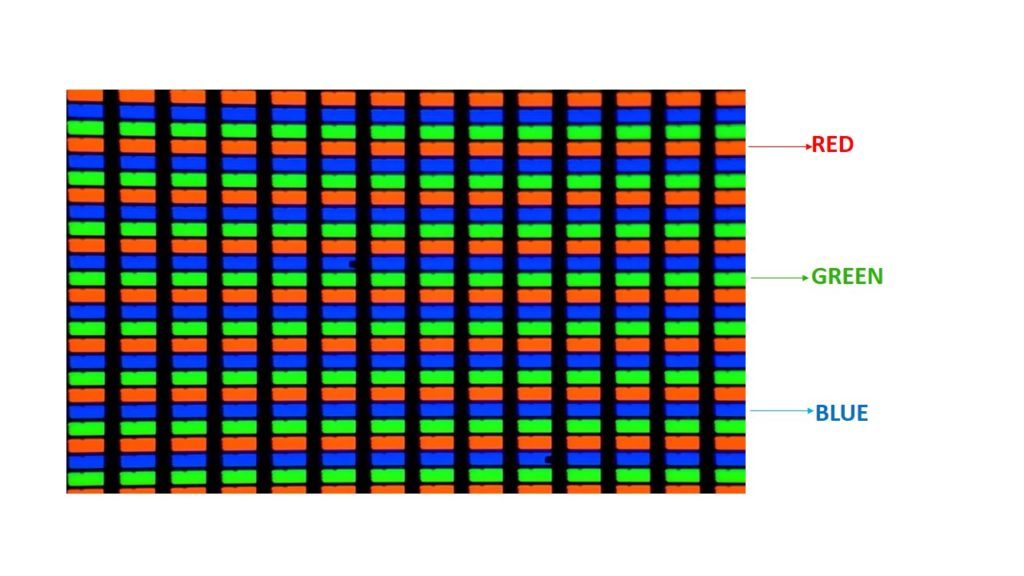 LCD is a combination of two states of matter, the solid and the liquid. The solid part is crystal and this liquid and crystal together make the visible image. LCD consists of two layers which are two polarized panels- filters and electrodes. LCD screen works by blocking the light rather than emitting the light. There are two types of pixel grids in LCD:

The LCD display was first built in the year 1964 in RCA Laboratories by George Heilmeier who was an electrical engineer in the RCA lab.
At first in the year 1888, liquid crystal was discovered by Friedrich Reinitzer by extracted cholesterol from carrots, who was an Austrian botanist. In that time liquid crystal was used in research and experimental works. Then by the year 1936, liquid crystal was used in a practical application and known as Liquid Crystal Light Valve which is used in wireless telegraphy.
Then in the year 1962, a researcher of RCA Richard Williams generated some patterns in a thin layer of liquid crystal material by applying voltage on it, which is known as electro-optical effects. After all these things finally in 1964 LCD was invented.
The first modern LCD was produced in the year 1972, by International Liquid Crystal Company (ILIXCO) owner James Fergason. This LCD was made using passive grid technology. In the year 1995 Hitachi and NEC were the first manufacturers of active matrix LCDs. These LCDs are based on IPS(In Plane Switching) technology. After all this, by the year 1996 SAMSUNG, TOSHIBA has came to market.

Main characteristics of LCD are:

Also LCD has other characteristics in terms of many areas, that are